Home » articles » Twenty-Five Albums Of 2020 You Must Check Out 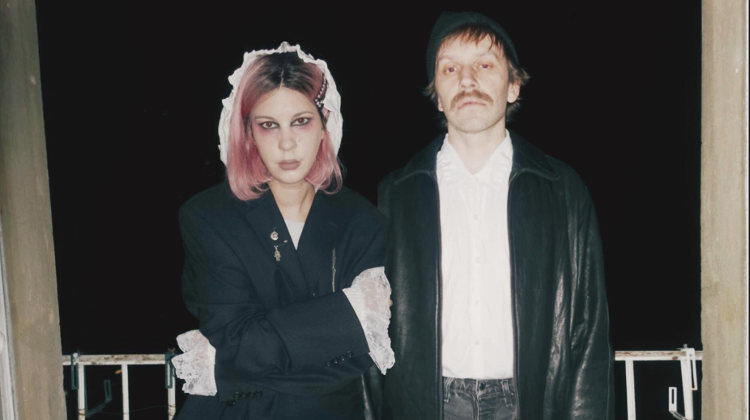 Michael Sumsion casts his beady eye over the finest albums to grace this most precarious of years.

2020 has been a challenging and gruelling year, no doubt about it. For some, keeping up to date with new releases has been eschewed in favour of retreating to the tried and tested, the nostalgic and the already known. The comforting certainties of yesteryear have consoled many listeners amidst the onslaught of a global pandemic. Yet the last twelve months have unleashed a glut of fascinating, genre-bleeding and imaginative sounds, the best of which I’ve selected here. This is by no means my definitive order, more my estimation of the twenty-five albums from 2020 which I think will unquestionably improve your life.

The sprightly sixty-nine-year-old bandleader, composer and saxophonist Idris Ackamoor has enjoyed a late-career flourish since 2011’s Otherworldly comeback, and Shaman! made for an invigorating and impressive addition to his felicitous canon. Unfurling with personal statements about mortality, gun violence and healing, his muscular and metronomic cocktail of free jazz and Afro- leaning chorales wowed those with a penchant for funky, spiritual jazz of the early 1970s as well as Kamasi Washington’s interstellar psychedelia.

Mosseri’s score for Miranda July’s latest slice of indie whimsy was one of the year’s stand-outs of film music. Previously venerated for his award-winning cues for The Last Black Man in San Francisco, Mosseri’s woozy, ominous and enchanting soundtrack delighted and unnerved in equal measure; Angel Olsen’ spectral cover of Bobby Vinton’s Mr Lonely was a notable downer highlight.

The Emmy Award-nominated composer and multi-instrumentalist Hannah Peel’s atmospheric and crepuscular backdrop for the titular Channel 5 drama proved to be one of the break-out gems of the year. Peel, a musician known for her work with the Magnetic North and a diverse array of solo projects, employed found sounds and electronic manipulation to apply creaky Ghost Box-like moods to her plaintive, Max Richteresque arsenal of strings and keyboards.

In 2020, the Swedish gothic pop composer ditched vocals and dived headfirst into an instrumental, post-rock LP orbiting around the pipe organ, whose inspiration were the Sacred Grove gardens in Vitrevo, Italy. All Thoughts Fly revels in texture, timbre and atmosphere, blending eerie whistles, swirling arpeggios and cascading notes to conjure a shower of intensifying drones.

The LA-based artist also known as Florist produced one of 2020’s most affable and soothing electronica albums in the ineffable soundscape of Hill, Flower, Fog, a luminous collection of synthesiser mediations whose elemental, becalming ambience worked a powerful and hypnotic spell.

In 2002, the artist formerly known as Smog delivered a warm, organic and comforting album that sweetly reflected the low-key, almost casual serenity of an artist who’s been putting out records for more than half his life. With instrumentation kept to a sparse, lightly strummed minimum and the spectre of Raymond Carver’s short stories a looming presence, Callahan’s thick-as-molasses baritone wrapped itself around dreamy, hushed and wry vignettes of marital ups and downs, the absurdity of everyday life and its quiet epiphanies.

Swift’s reinvention in 2020 as a purveyor of wintry, homespun and stripped-down chamber-folk yielded not one but two startling albums. On Evermore, she essayed a misty, restrained and rustic form of Americana without sacrificing her penchant for inhabiting the psychic worlds of lovelorn, heartbroken and pained characters. Happiness and Willow exuded the generous balm of layer-cake hymnals, whilst Champagne Problems, Dorothea and Tolerate It luxuriated in luminous piano balladry. She even found room for a poignant addition to the canon of great Christmas songs with ‘Tis the Damn Season.

18. Cavern Of Anti-Matter: In Fabric (Duophonic)

The soundtrack debut of erstwhile Stereolabbers Tim Gane, Joe Dilworth and Holger Zapf – aka Cavern Of Anti-Matter – drew deep on washes of Krautrock and mournful drones to conjure moments of shuddering dread and rainy-day melancholy. Served up in tantalising segments, their woozy radiophonic psychedelia was tailor-made for Peter Strickland’s kinky fantasia about a department store and a haunted red dress.

The LA-based harpist’s gorgeous album was a rich evocation of man’s dialogue with mother nature, imbued with a delicate balance of life and death. Recorded with Slowdive’s Neil Halstead at his Cornwall studio, Silver Ladders induced awe and joy from its rippling mix of Lattimore’s seraphic strumming and Halstead’s reverb-laden guitar: the end result made for a dainty reverie.

The Arkestra’s first record in two decades took the late Afro-futurist’s heady vision of cosmic be-bop and spiky electronica to a giddy new dimension, enlivening old favourites and re-interpreting its mythic sprawl as a space-suited fever dream. The band’s ninety-six-year-old director, Marshall Allen, proved as agile as ever on alto sax, emphatically spreading the message that space still is the place.

The LA-based singer-songwriter hit a sparsely poetic peak on her fourth long-player, Hannah. Employing slithers of synths to complement her wistful vocal whispers and heart-wrenching indie-folk melodies, Lomelda conjured a fragile beauty with a spartan musical arsenal. Comparisons with the similarly ramshackle Alex G abounded, though Hannah retained much of its own scrappy, playful and individual charm.

The Tortoise veteran, sideman for hire and multi-instrumentalist Parker dazzled as composer, player and arranger on this, a hand-crafted gem that nodded towards Madlib and Dilla as much as the established jazz canon. Sampling, cutting up and editing his own live playing imbued Suite for Max Brown with a looseness and a grace that seduced naysayers and fence-sitters alike, a world away from the shiny, stilted posture of a mainstream modern jazz recording.

Much like the opening salvos of Tindersticks and Antony and The Johnsons, the Oldham-born, Harrogate-based actress, dancer and composer’s beguiling, sombre and intoxicating debut was one of those fully-formed, self-contained gems that introduced the world to an exciting and idiosyncratic new voice. Debris employed a minimalist production style that pivoted around a mournful web of icy strings, accordion, synth and tentative piano, providing a stark cushion for the singer-songwriter’s breathy whispers and doom-laden vibrato. The shivery, delicate songs appeared to be preoccupied with trauma, depression, madness, terror and sorrow, with Forsyth frequently sounding like a blues singer trying to settle herself to sleep; at other times there were tantalising glimpses of Nico, recent Nick Cave albums and Scott Walker’s latter-day experiments with dread and revulsion. Debris was a captivating soundtrack to bleak moments, a record to cherish and keep returning to for solace.

On Inner Song, the Welsh singer and producer breathed new life into IDM with a refined, trippy tapestry of meditative introspection, synth-scapes and dancefloor voyages. Corner of My Sky with John Cale staked a claim for song of the year, while the likes of Wake-Up and Jeanette delivered serenity, euphoria and catharsis in spades.

The opening lyrics of the lugubrious Dury’s sixth LP, “I’m not your fucking friend”, hardly constituted the warmest of invites, yet the lascivious crooner’s gift for pitch-black character studies, grubby glamour and rambling poetics permeated an oddly compelling record that built upon the impressive swagger of 2017’s Prince Of Tears.

9. The Budos Band: Long In The Tooth (Daptone)

Entering their fifth decade as purveyors of interstellar pop, Wayne Coyne and co explored the perennials – love, loss, death – through the prism of a bravura act of empathy. The band cooked up the gonzo conceit of Tom Petty’s pre-fame band hanging out with the Lips’ leader and his pill-popping bros in early 1970’s Tulsa. From the weepy At The Movies on Quaaludes to the ornate psychedelia of Mother, I’ve Taken LSD, this was a glorious, consistent and exquisite set of suburban vignettes from grizzled veterans with an indelible affinity for crestfallen lullabies, wide-eyed ballads and ascending melodic swells.

Recorded on a single microphone in their East Harlem apartment, the bassist and harpist’s impromptu set consisted of a compilation of their lockdown series of performances, weaving together treatments of jazz staples like Coltrane’s Wise One and Pharoah Sanders’

The Creator Has a Master Plan with pop material such as Jackson Five’s Never Can Say Goodbye and Kate Bush’s This Woman’s Work. Unadorned with post-production trickery, Force Majeure felt like a restorative process of domestic healing, a sanctuary from the grip of Covid’s gloom, a reminder of the intuitive power of jazz as off-the-cuff miracle.

On the pensive Piano Works, the Icelandic pianist and composer crafted eight solo instrumental pieces brimming with introspective beauty and intimate details. The ¾ time signature featured prominently, on the graceful Birta, the syncopated Flatey and the serene, Yann Tiersen-like Cyclist Waltz Solo. Other tracks employed synth and reverb to add variety and grit to the record’s wistful themes of solace and respite.

Widely admired as an adept team player for Thee Oh Sees, Brigid Dawson stepped into the limelight with her airy and melodic Ballet of Apes, a dreamy and dusty bricolage segued together from folk, psychedelia and jazz to entrancing and captivating effect. The singer’s Bobbie Gentry-like contralto spun fragrant pastoral prettiness amidst lashings of jazz ruckus, labyrinthine drone and cosmically inclined wispiness.

The Mancunian trumpeter, composer, DJ and label owner Halsall continued his fascination with the spiritual jazz of the legendary Impulse and Strata East labels on his first release in five years, an ecologically themed masterwork distinguished by enthralling and muscular interplay, the leader’s limpid trumpet and an exotic rhythm section that flowed like streams of water.

Now ensconced in LA, the gossamer sound sculptor and one-woman choir coaxed a demure and ambient reverie from her latest outing, an embalming incantation which sought to touch the world rather than escape it. Aided by Jonsi, Mary Lattimore and Nosaj Thing, her weightless dream-pop compositions showered the listener in light as the world retreated into darkness.

2. The Avalanches: We Will Always Love You (Astralwerks)

My favourite, and possibly most played, album of 2020 was this, a clammy, intense and mesmerising record that resided in an alluring sweet spot between torch-song blues and trip-hop- inflected psychedelia. Drab City, a duo consisting of Asia aka Islamiq Grrls and Chris Dexter Greenspan (previously the witch-house pioneer known as o0Ooo), fashioned a brooding desert soul soundscape from shaking up tasteful ingredients (doo-wop, spy-flick soundtracks, David Lynch, the Bristol sound, David Holmes) and laying down an off-kilter hybrid. Devil Doll played out like a spooked Broadcast meets Heliocentrics groove, whilst Hand on my Pocket dialled up plenty of menace and swagger.