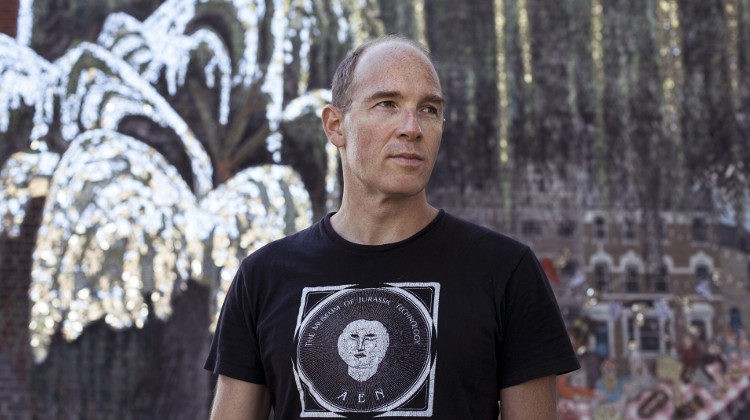 Caribou marshals a crisp, organic and affecting meditation on love and loss that joins the dots between orthodox song-writing structures, grainy sample sorcery and electronic bangers whilst landing an emotional sucker punch.

Dan Snaith aka Caribou has never been an artist drawn towards ostentation; his bittersweet creations tend to percolate and unfurl rather than erupt. As he has progressed as an increasingly self-assured artist, this wispy introspection has accommodated an expansiveness and a steeliness that’s in abundant supply on his new offering. Suddenly, his first missive under this alias since 2014’s warmly received Our Love opus, adds a wistful texture to his amorphous seam of gleaming electronica, with numerous nods to the film-reel reverie of Boards Of Canada as well as judicious samples from R’n’B and hip-hop.

Typically Snaith’s songs ignore the conventional and bog-standard trajectory of much IDM; his delicately crafted compositions are propelled by the pulse of dance music whilst simultaneously pursuing their own idiosyncratic narrative, frequently mutating and rupturing just as they are hitting their stride. As a consequence, they usually take time to bed in and make their mark. On Suddenly, his plaintive, lost-boy vocals – previously employed sparingly – dance fluidly and busily between the threads of heady house, pining pastoral, lilting psychedelia and weathered electronica. When he hits the sweet spots, the gauzy results are magical, conjuring an over-arching optimism and a kittenish playfulness laced with an ineffable yearning.

Sister opens proceedings with its creamy sojourn into woozy ambient eddy, a dreamy, Music Has The Right To Children-like synth figure caressing its way around the singer’s feather-light croon. You and I ups the pace with its motorik throb and ice-cream van synths. Studded with the stabs of vocal samples, this alluring and stirring track perfectly nails the album’s pearly atmosphere.

Elsewhere, the restless Sunny’s Time employs ripples of pitch-shifted piano, chopped-up, Auto-Tuned vocal samples and hip-hop break-beats to rousing effect, killer single Home is a giddy, soul-drenched banger in the vein of The Avalanches’ finest moments and Lime locks into a breezy disco strut. The ravey Never Come Back provides the album’s endorphin-laden, purest dance-floor moment and the serene Magpie wafts and calms like leaves in a breeze, a shimmering chill-wave ballad that works.

The record’s coda, the aching drizzle of Cloud Song, contains its apex of lyrical candour: “If you love me, come hold me now”, Snaith intones as another rumination through a Boards Of Canada- esque ethereal fog raises the hairs on the back of your neck.

On Suddenly, Caribou have mapped out an intriguing territory between sounds fashioned by a laptop and an organic band, with scattershot ideas and fragments blossoming into songs; the results are unabashedly dreamy and prettier than in the past.