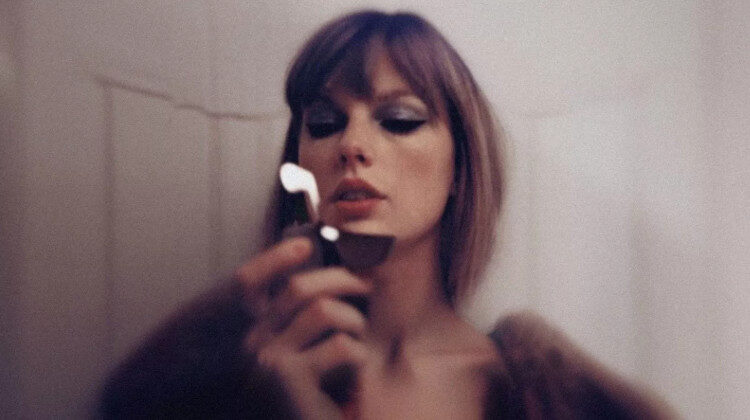 On her tenth studio album Midnights, Taylor Swift reinvents herself yet again in this dazzling, surreal, dream-like trip of an album that’s full of surprising musical twists and turns.

For Swifties in 2020 and 2021, it was the best of times. But for those in 2022, it was the worst of crimes. For a while there, we really thought that the only Taylor Swift-related content we were going to be getting was the haunting song Carolina from the drama film Where the Crawdads Sing.

As great as that song was, we Swifties couldn’t help but wonder… where’s the new re-recording? A tenth studio album wasn’t even in the conversation, especially seeing as how Evermore only came out in December 2020.

But in a classic, shocking Taylor Swift move, the pop princess announced her tenth album Midnights while at the 2022 MTV Video Music Awards, in her acceptance speech for Video of the Year for All Too Well from Red (Taylor’s Version).

What followed in the ensuing months was an onslaught of fan speculation and theories wondering what exactly this brand-new record was going to sound like. There was no lead single ahead of its release, and we only knew the track titles. That’s it.

On Reputation’s lead single Look What You Made Me Do, Swift eerily says “The old Taylor can’t come to the phone right now / Why? / Oh, ‘cause she’s dead”. It was meant to serve as a chilling way to tell fans that the Swift they knew was out the door and more feisty than ever.

However, that lyric kind of seems better suited for her brand new tenth studio album Midnights. It’s without a doubt her most stylistically different body of work to date, incorporating electronic pop, chill-out, and synth-pop ingredients into one masterful package. It’s so not like Taylor Swift but also so like Taylor Swift at the same time.

Lavender Haze may very well be the best album opener of hers of all time. It’s an extremely upbeat, disco-style song with an outrageously groovy instrumental and it shows that, even though it’s been a few years, Swift hasn’t lost her way lyrically.

Maroon kind of feels like the more grown-up and matured version of her smash hit Red, both of which incorporates similar themes of a love so incredible and all-encompassing that it’s burning red. “The mark they saw on my collarbone / The rust that grew between telephones / The lips I used to call home / So scarlet, it was maroon,” Swift sings in one of the album’s most infectious choruses.

This is not an album that you’re going to see being played on the radio all the time, and that’s because Swift made the bold decision to basically make this a relaxed synth-pop record. Even some of the choruses here wouldn’t fit on a radio station.

The unbelievably perfect Anti-Hero works on the radio because it has a fun sound to it as well as lyrics and an overall tone that feels like a modern-day pop smash. But Snow on the Beach for instance, would not, where Swift sings “And it’s like snow on the beach / Weird but fuckin’ beautiful / Flying in a dream / Stars by the pocketful.”

But it’s not an issue whatsoever because each and every one of these tracks is so wildly different from absolutely everything she has done so far in her career and they work so unbelievably well.

There’s also, of course, the iconic emotional track five and this time it’s in the form of You’re On Your Own, Kid which essentially follows a youngster who yearns for love but ultimately realizes that they’re all on their own. It’s an emotionally gripping song and one of the most impressive on the album as a whole.

Another absolute standout here has to be Bejewled, featuring a highly versatile instrumental despite it being produced by Jack Antonoff, who produced most of the rest of the tracks off this album. It almost sounds like a different producer came up with this one altogether.

To describe Midnights is a tricky task because it’s an insanely bold and daring album from Swift, who seems to have made peace with no longer making whole albums filled with certified chart toppers.

It’s a move, however, that I’m here for. Midnights is yet another album from Swift that will be on repeat for years to come.