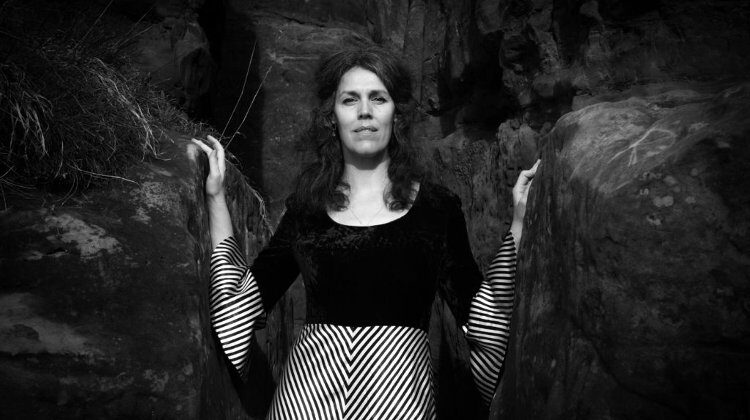 Former Thee Oh Sees keyboardist and singer Brigid Dawson steps out from her perennial role of nifty team player to fashion one of 2020’s majestic, smouldering and shape-shifting releases.

Back in 2017, Brigid Dawson cooked up three lovely tunes of melodic wonder to Memory Of A Cut Off Head, the Forever Changes-inspired album she concocted as OCS with John Dwyer. However, most of her career has been spent adding colour and shade as a keyboardist, percussionist and counterpoint harmony vocalist to work that could be best described as grinding, visceral alt-rock. With this in mind, then, her divine, lush and airy Ballet of Apes is a startling, enveloping left turn of a debut whose florid charms sound pristine, fully-formed and stratospheric, residing in a captivating slipstream between folk, jazz, torch song and baroque psychedelia.

The synth-embedded opener, Is The Season For New Incarnations, sets out “a new vision” and “furious joy”, with the singer’s Bobbie Gentry or Evie Sands-like warbling and cooing walking a tight rope between dread and awe over a Velvet Underground-styled rattle. The gorgeously rendered and languid lullaby that is Carletta’s In Hats Again induces shivers with its sleek and eerie sparseness and sleepy psych-minimalism, proffering an uncanny, acid-folk doorway between Beach House and Linda Perhacs.

Elsewhere, Heartbreak Jazz dresses a bluesy lament with a tumbling swirl of free-jazz dissonance, like some fevered mashup of Cat Power, Broadcast and David Axelrod, whilst the title track serves up a deep-dive into astral-future-pastoral thanks to its doleful soundscape of vintage synth, spiralling guitar and greasy sax freak-outs.

Ballet of Apes conjures delight through spinning dreams from indefinable yearnings, dialling up the darkness whilst showering the listener in light; it’s a trick that works wonders here.