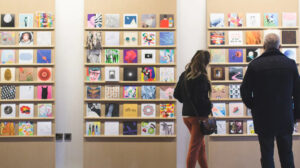 The fabulous project, Secret 7”, has finally released their cover artworks for all 700 submissions. For those of you unaware of what Secret 7” is, you’re in for a real treat. Procured by organisers Kevin King and Jordan Stokes, the duo invite artists to submit their art work to be used as the cover for one of seven singles released on the 7” vinyl format. 700 original pieces … END_OF_DOCUMENT_TOKEN_TO_BE_REPLACED

Cult classic movie Scott Pilgrim Vs. The World is getting a vinyl reissue with extra added content fans have been after for a decade.  Based on Bryan Lee O’Malley’s graphic novels, the movie, directed by Edgar Wright, follows the adventures of Sex Bob-omb bass player Scott Pilgrim (Michael Cera) in his pursuit of love interest Ramona Flowers (Mary Elizabeth Winstead). Cue … END_OF_DOCUMENT_TOKEN_TO_BE_REPLACED 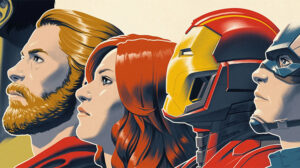 Here’s one for you video game and superhero lovers out there. The soundtrack to the upcoming Marvel Avengers video game is to get a vinyl release through Mondo in collaboration with Hollywood records.  The game, which is released on September 4th, lets the player take control of a plethora of Marvel characters including Iron Man, Thor, Hulk, Black Widow, and Captain America … END_OF_DOCUMENT_TOKEN_TO_BE_REPLACED 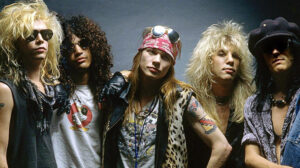 At long last, Guns ‘N’ Roses are finally releasing their 'Greatest Hits' compilation on the vinyl format. Previously released in 2004 and only available via digital mediums or CD, the record, fronted by Geffen records, managed to reach number 1 in the UK album charts and placed at 3 in the Billboard top 200. This was despite hardly any promotion, such was the popularity of the … END_OF_DOCUMENT_TOKEN_TO_BE_REPLACED 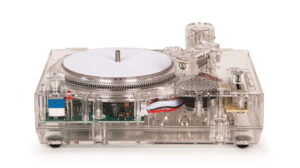 Looking for something unique for the upcoming 'Record Store Day Drops' events? As many of you will know, RSD 2020 has been split into 3 events due to the global pandemic. To commemorate this, Crosley, in conjunction with Record Store Day, are releasing a very special, see-through turntable. This mini transparent Crosley record player is made of clear acrylic so all the … END_OF_DOCUMENT_TOKEN_TO_BE_REPLACED 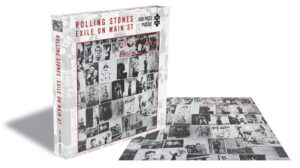 Fancy a break from vinyl? I know, me neither. But how about something you can do while listening to your records? Zee productions are releasing four classic Rolling Stones album covers in the form of jigsaw puzzles to help you pass the time. The records that have been turned into puzzle-form are Exile on Mainstreet, Emotional Rescue, It’s Only Rock N Roll, and Some … END_OF_DOCUMENT_TOKEN_TO_BE_REPLACED