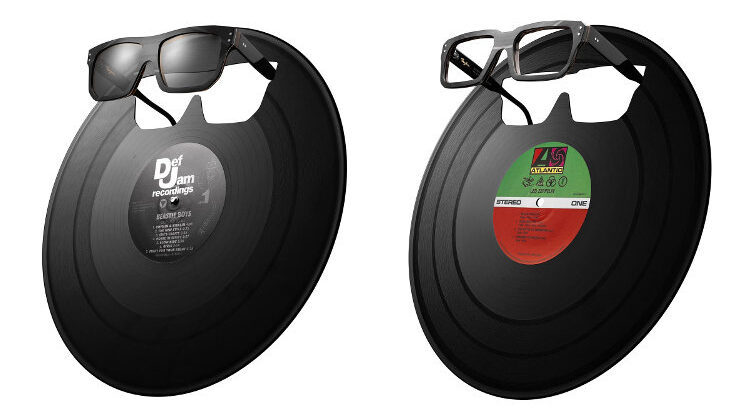 Vinylize creates eyeglasses from vinyl records so you can literally wear your favourite tracks on your face.

Is there anything records can’t do? We’ve previously gone through 5 ways you can transform your old or damaged vinyl, but Vinylize really do take this to the next level. Cutting directly from LP records, the company creates stylish and sought after frames for eyeglasses and sunglasses fit for any vinyl enthusiast.

Founded by Zachary Tipton and handcrafted in Europe since 2004, their tagline ‘Wear the Music’ says it all, really. Coming in a variety of colours, styles, and vinyl pressings, the idea started back in 1998 when Zachary’s eyesight started to deteriorate. Roll on to 2014 with the company now called Vinylize, Zachary has been able to buy his own machines and move production back to his home country of Hungary.

From AC/DC to Twenty One Pilots to The Rolling Stones, these are just some of the records that have been featured in the collections and made into various types of glasses. For a little more money (ok, more than a little…), you can even get a special pair made in a style and record of your choice. Fleetwood Mac main man Mick Fleetwood even owns a pair made from his classic album, Rumours.

Vinyl fans might argue that cutting glasses out of perfectly good vinyl is sacrilegious, but the company claims their collections only use records from distributors who have not been able to sell all of their stock. I suppose the vinyl is going to good use, even if it is sitting on someone’s nose instead of being listened to.

Taking around 6 weeks to make each pair, the small team that Zachary has assembled are able to create the signature designs in a variety of colours and sizes with the frames able to suit both prescription lenses or sunglasses.

You can check out all the designs, prices, and more details over at the Vinylize website.

What do you think? What record would you choose if you could own a pair? Comment below!