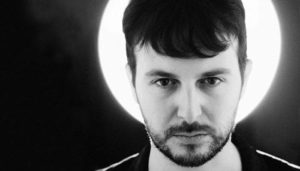 Vinyl Chapters classical favourite Luca D'Alberto is set to release new record Exile on October 5th 2018, and we can't wait. It's his invention and modern take on the classical sound that sets Luca apart from many, and we're hoping Exile follows the same route. Following on from the success of his debut album Endless released in 2017, the multi-instrumentalist and composer's … END_OF_DOCUMENT_TOKEN_TO_BE_REPLACED