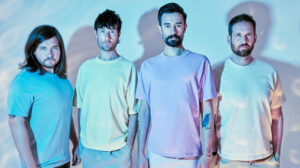 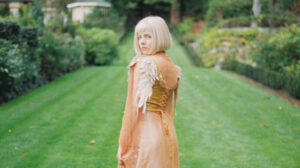 AURORA’s ethereal voice speaks on very human matters in her third album, The Gods We Can Touch. The cover art for AURORA’s third full-length studio album features a prismatic series of figures—a line of many AURORAs. A pioneer of avant-garde art pop, Norwegian singer, songwriter and performer Aurora Aksnes has shown many sides of herself to the public over the past few … END_OF_DOCUMENT_TOKEN_TO_BE_REPLACED 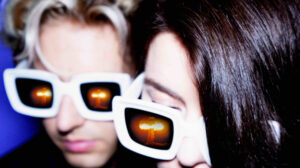 Brighton-formed alt-rock band Blood Red Shoes bring in the new year with a new album, and a brand-new sound to match. Laura Mary-Carter and Steven Ansell have spent seventeen years making music together. As the pandemic was redefining the world, they decided to redefine their image—their sixth album, GHOSTS ON TAPE, marks their darkest, most off-kilter release since Blood … END_OF_DOCUMENT_TOKEN_TO_BE_REPLACED 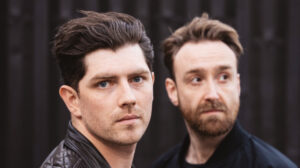 Sam McTrusty and Ross McNae take listeners on a lyrical rollercoaster with their latest full-length release, Transparency. After a decade and a half together—a period which has seen them release five full-length albums and a smorgasbord of singles and EPs—Glaswegian alt-rock band Twin Atlantic decided to take a long, hard look at themselves. (All two of themselves that are … END_OF_DOCUMENT_TOKEN_TO_BE_REPLACED 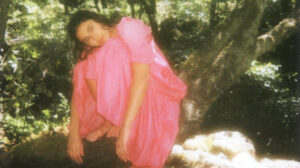 In her sophomore EP The Kid, ZOLA shows that being a wallflower has its perks. Zola Johnson’s Bandcamp biography is made up of one humble request: “just don’t put me in a box”. Her latest EP The Kid resists any form of typecasting, with its fluid style, and lyrics that refuse to fall into the usual traps of pop and popularity. Known more commonly by her all-caps mononym … END_OF_DOCUMENT_TOKEN_TO_BE_REPLACED 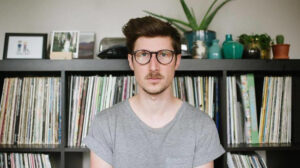 Canadian electronic producer Teen Daze’s latest album, Interior, is club music made comfortable. British Columbia-based electronic producer Teen Daze has racked up an extensive discography since the release of his debut album, Four More Years, in 2010. After eleven years, and twenty-two albums and EPs to date, you might expect Teen Daze (or his music) to have become somewhat … END_OF_DOCUMENT_TOKEN_TO_BE_REPLACED