Home » articles » AURORA: The Gods We Can Touch – Review 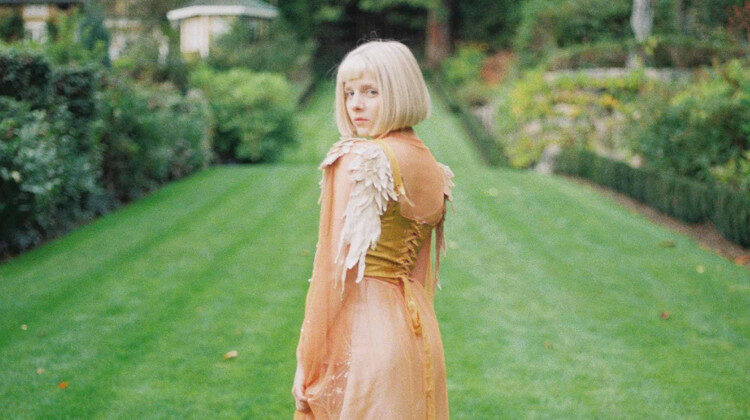 AURORA’s ethereal voice speaks on very human matters in her third album, The Gods We Can Touch.

The cover art for AURORA’s third full-length studio album features a prismatic series of figures—a line of many AURORAs. A pioneer of avant-garde art pop, Norwegian singer, songwriter and performer Aurora Aksnes has shown many sides of herself to the public over the past few years, having sung in the 2015 John Lewis Christmas advert, gained mass popularity on TikTok (with her song Runaway), and provided vocals for Disney’s ‘Frozen 2’ soundtrack.

Still, she has always stayed just within the blind spot of the public eye. The Gods We Can Touch shows that there are many more sides of AURORA to be seen and appreciated, each of them wonderfully unapologetic, and unapologetically human.

The album is about the yin-yang interplay between dark and light, and the ability to “find Divine power in ourselves, while still being attached [to] and seduced [by] the wonders of the world”. When it comes to representing these contrasts, AURORA’s personal brand of ethereal dark pop is unparalleled. She takes inspiration from the women of classical mythology, referring to them with reverence: Aphrodite and Artemis from the Greek pantheon, and Eve from the Abrahamic canon, are all given hymn-like tributes (Exist For Love, Artemis, Heathens). In AURORA’s eyes, their imperfections only make them more appealing—they are “almost within our reach, like gods we can touch”.

The Forbidden Fruits of Eden is ritualistic with its angelic harmonies, leading directly into the romantic Everything Matters, which contrasts classical fingerstyle guitar and twinkling piano with an electronic drum pattern and pitch-shifted vocal hook, and features a gorgeous French verse about flower-picking from featured artist Pomme. No two songs are the same from there: Giving In To The Love is a soaring anthem with powerful drums, A Temporary High sees AURORA plunge into euphoric synth-pop, while This Could Be A Dream leans towards a starry-eyed ballad.

Still, for all her worship, AURORA is cognisant of the misuse of faith in the wrong hands: standout track Cure For Me tracks a shift in sound as she raises the issue of conversion therapy for LGBT+ people still being legal in many countries, including her native Norway. “No, I don’t need a cure for me / I don’t like the tension, the misapprehensions / About our nature in love,” she sings over an electro-pop backdrop, accompanied by pulsing synths and a scale-spanning refrain—she stretches the word ‘please’ across six notes. The Innocent disparages the sexualisation of innocent things in the most frenetic of the album’s fifteen songs, which sets a busy instrumental arrangement amidst bumping piano chords and syncopated percussion in the same vein as Emiliana Torrini’s Jungle Drum. Artemis verges on a sensual tango, while Blood In The Wine features a Western-movie-style intro alongside a seductive string arrangement and hard-hitting drums that wouldn’t be out of place on an alt-rock track.

It’s in just this way that AURORA’s image is ever-shifting, as multifaceted as she is on the album cover. The only thing that doesn’t change is her endless, faithful love—for humanity, her craft, and the imperfect gods we can touch. “I can’t imagine how it is / To be forbidden from loving,” she sings on Exist For Love, a song which ends with “And I love you, I love you, I love you,” whispered as if it’s meant just for each listener alone. Perhaps her most special quality is that, no matter which of the songs you’re listening to, you always feel that love.