Home » articles » Bastille: Give Me The Future – Review 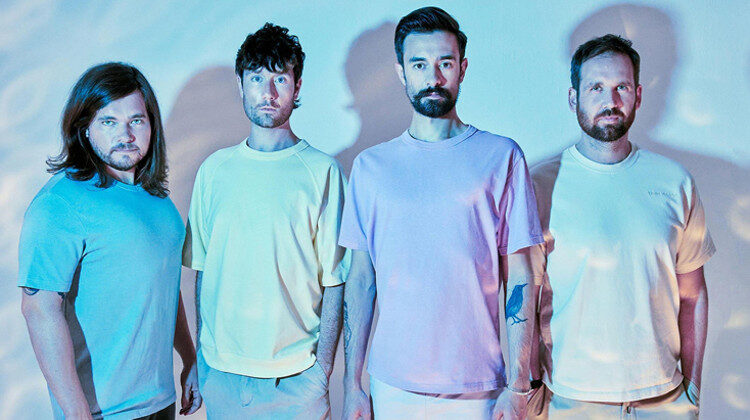 English indie-pop four-piece Bastille show their worldbuilding skills on their fourth album, Give Me The Future.

UK indie-pop chart-toppers Bastille return to the stage with their fourth album, Give Me The Future. Taking listeners on a journey from Thelma and Louise’s road trip, to the famous Club 57 of 80s New York, to a hospital in 2019 Australia, and bringing in everything from synths to strings along the way, the album is just as much an ode to the past as it is to the future. The album, and our present-day age, is at a tipping point.

Give Me The Future is also a showcase of Bastille’s worldbuilding skills; it’s based around fictional tech company ‘Future Inc.’, creators of a device called ‘Futurescape’. It’s a world of virtual dream-fulfilment, which seems especially familiar following the recent rise of Facebook’s similar, real-world ‘Metaverse’.

The album also stacks up pop-culture references, having dedicated a song to Thelma and Louise following the film’s 20th anniversary, with other tracks mentioning iconic sci-fi works including Back To The Future, Blade Runner, Aldous Huxley’s Brave New World and Island, George Orwell’s 1984, and Philip K. Dick’s Do Androids Dream Of Electric Sheep?.

The band also brought in an impressive roster of writers (Ryan Tedder, Rami Yacoub, Jonny Coffer, Plested, Dan Priddy, and Riz Ahmed) to help expand their concept for the album, and it shows. Riz Ahmed’s spoken-word piece is especially captivating, honing in on the album’s prominent theme: finding comfort in a lover as you both step into an apocalyptic future (“I see the clouds all brewing, guess we’re due for a flooding / The cold blue light blinds, but my ark is your loving”).

For a soundtrack to a post-pandemic, tech-driven apocalypse, it surprisingly isn’t lacking in optimism. From the foot-tapping and hand-clapping of Back To The Future, to the synth pulses and wobbling guitar in Stay Awake?, to the whistling and thumping of drums in Club 57, there’s a sense that the future isn’t all bad. It gets better still if you have loved ones to share it with; the album’s final song, Future Holds, is almost worshipful: “Who knows what the future holds? / Don’t matter if I got you”, Smith sings alongside gospel-soul singer BIM, backed by the swell of a choir. It looks like it’s time to move out of the Bad Blood, the Wild World and the Doom Days, and embrace the Futurescape.