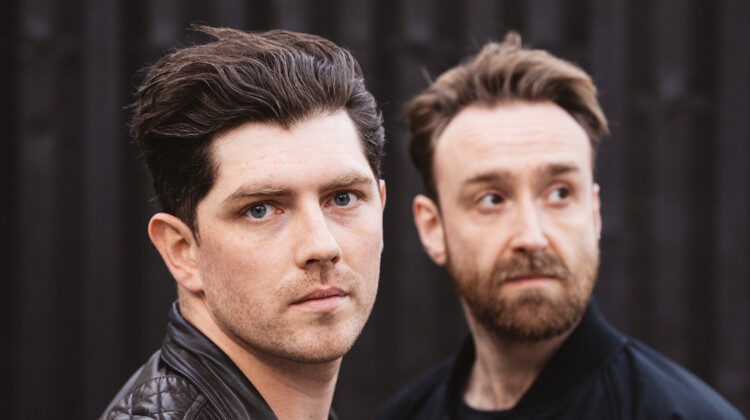 After a decade and a half together—a period which has seen them release five full-length albums and a smorgasbord of singles and EPs—Glaswegian alt-rock band Twin Atlantic decided to take a long, hard look at themselves. (All two of themselves that are still in the band, at least, following the recent departure of drummer Craig Kneale in September 2021.)

The result: their most transparent album in fifteen years. Transparency is Jenga-like, stacking up layers upon layers of sounds, themes and lyrics in weird and wonderful formations. Some parts stick out, and sometimes it wobbles, but it’s their most fun album yet. Produced during lockdown with the help of lead singer Sam McTrusty’s friend and mentor, Jacknife Lee, the ten-song album confronts personal themes from medication (One Man Party) to parenthood (Bang On The Gong) with a distinctly devil-may-care attitude. McTrusty’s talking-singing style turns floor-filling songs like Get Famous and Young into stories; it’s hard not to hang on to every word, even if they sometimes don’t seem to make much sense.

Still, there’s a joy in trying to decipher lyrics like “Pickle back, panic attack / Mmm, I’m not sure if I’m jealous of that? / A squeeze of lime / You’re a box of wine / And I’m gonna drive you crazy” (One Man Party) amidst all its frantically upbeat layers of sound: beeps and blips, fuzzy guitar, and an anthemic chorus, to name a few. Dirty is another song that shines, a strong arena-filler that pokes fun at McTrusty’s champagne-sipping past self with puzzling, disjointed lyrics that feel like playing a word association game: “Frank Sinatra / Champagne / Fizzy bubbles, I’m on that bass train / Konichiwa / Sayonara / Feels good”. Bang On The Gong has a glamorous, swaggering charm, which the band doesn’t hesitate to offset with down-to-earth snippets of household conversation: “I’m over it with you / Get out of my house right now, I’m done”.

The careless excitement of the majority of the tracks means the album starts to hit a lull during the stripped-back ones (Keep Your Head Up, Haunt, It’s Getting Dark). While their Travis-like sincerity doesn’t feel put-on, processed vocals and dreamy keyboard-dominated instrumentals don’t seem to suit them as much as the layered strangeness of some of the other songs. At track ten, Instigator’s rippling, pulsing instrumental and catchy guitar riffs bring the final act of Twin Atlantic’s performance to an end with a modest flourish—but it’s really just the beginning of a new era for the band. They don’t seem to have settled on a clear identity yet, but maybe that restlessness is part of their charm.