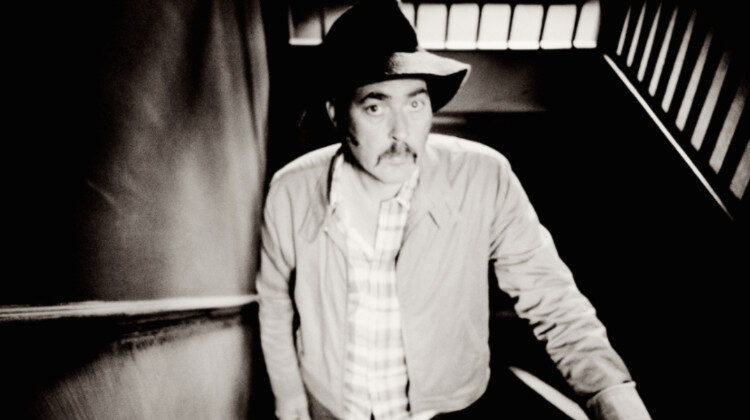 Tindersticks have long become used to being ahead of, and out of step, with their times; their labyrinthine, revelatory and poll-winning debut in 1993 served up an anachronistic set of lushly orchestrated and suave melancholia in an era of grunge rock, electronic experimentation and the early stirrings of ‘Britpop’. They’ve made more inroads into Europe than in their native land, though theirs is the sort of audience who can be accurately described as loyal, wholly obsessed and devoted.

As is common with many ‘cult’ acts, Tindersticks’ gilded influence has quietly seeped into various nooks and crannies of pop, from the wistful chamber-pop of Belle and Sebastian to Lambchop’s elegiac country-soul ache, the baroque fanfares of Sufjan Stevens’ Illinois album and The National’s penchant for baritone vocals cloaked in orchestral loveliness.

Over the years, Stuart Staples and co have introduced soul, lounge-jazz, spoken-word, rock, electronics and most recently post-punk and Afro-beat textures into their music, as well as developing a fruitful alliance with the French film director Claire Denis on a slew of understated and frequently film scores. More recent records have transcended the group’s original milieu of gin-soaked ballad and gothic bedsit drama, shifting between melodic flair and creaky discordance. Consistently eschewing and evading the radar of wider trends in indie-pop, it is a testament to their discrete personality that no matter what they throw in the mix, they always sound like themselves.

Distractions, Tindersticks’ hotly anticipated new opus, arrives just over a year after their last outing, the impressive and immersive No Treasure But Hope. Lead singer Staples’ gloomy and saturnine croon is a somewhat divisive instrument for many, but on this set he sounds as exquisite and charged as ever, whispery on some tracks, sonorous on others and even mantra-like on the lead single, Man Alone (Can’t Stop the Fadin’).

It’s this eleven-minute, trance-like opus that valiantly opens the LP, perhaps the least typical Tindersticks song in their whole canon and decidedly more incantation than song: its Joy Division- inspired employs a minimal, Krautrockian pulse, shards of icy guitar and a spectral bass rumble, whilst being decorated by looped vocals cocooned in echo. As Staples calls out, pines and broods in his inimitable breathy baritone style (“falling into the sea”, “can’t stop the fadin’”) over the sleek drum machine rhythm, the smatterings of creamy harmonies provide the only scaffold to Tindersticks’ sensual slow-core R’n’b period.

I Imagine You continues with this restrained approach, an eerie, film-score-like soundscape distinguished by pulpy organ swells, sombre guitar work and the singer’s mumbling spoken-word. In contrast, the band’s pristine treatment of Neil Young’s classic A Man Needs A Maid is lusher and more expansive, even as it proceeds from a crepuscular trip-hop shuffle that evokes the taut funk and smoky alienation of Drab City’s 2020 triumph, Good Songs for Bad People. The murky clank of a drum machine and a lithe guitar figure lead us into a head-nodding dance of serenity between the trademark full-bodied sweep of strings, Staples’s sultry sobs and Gina Foster’s plaintive pleading.

Dory Previn’s brilliant and delicate tale of loneliness and desperation from 1971, The Lady With the Braid, flowers beautifully and organically here, reinvented as a strings-soaked strut pivoting around a bedrock of dub-style bass and percussion, velvet keyboards and scrappy post-punk guitar. Another cover version, that of Television Personalities’ 1984 song, You’ll Have To Scream Louder, is suitably brooding but laced with flawless and breezy jazz-funk guitar shapes, like a lost outtake from Shuggie Otis’s Inspiration Information masterpiece from 1974.

Conceived as a meditation on 2015’s terrorism at the Bataclan, the gorgeous, French-sung piano ballad, Tue-moi, is mournful and mottled with traces of Gainsbourg’s magisterial La Noyee; Staples’ vocal here is rich in feeling. The album’s conclusion arrives with one of the band’s strangest and most off-kilter moments, The Bough Bends, all guitar growls, spluttering organ, birdsong and muffled, half-spoken beseeching. Staples expertly conveys creeping panic on a magnificently repetitive and oblique finale.

Taken as a whole, Distractions is not the full electric blanket for a frosty Lockdown February, though there’s plenty of sunlight poking through the darkness and faint echoes of lush and luxuriant tones. It’s a relatively subdued offering that’s shot through with steely moments of shuddering soul-bearing, explosively-cresting soul and snippets of warm, melodic thrust; this is high-class, pensive art-rock from a restless and experimental unit that hovers both sumptuously and menacingly between the cracks of most of the group’s previous releases.