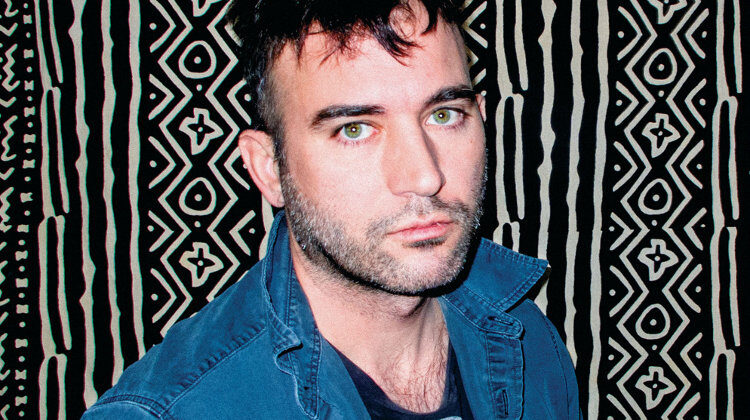 Whisper-voiced genre-hopper Sufjan Stevens serves up a cyborg soundscape of rage, conviction and disenchantment, flecked with moments of joy and levity, which will entice even the most casual listener.

A new song-based Sufjan Stevens release is always a cause for celebration, and the idiosyncratic singer-songwriter’s ninth solo album, The Ascension, comes as sweet-honeyed relief after March’s missive of synthesiser instrumentals, Aporia.

Whilst his many left turns and side-projects – such as Christmas carols, ballet music, a concept album about the solar system, an ambient New Age voyage with his stepfather and film score work – can frequently captivate, his true genius undoubtedly resides in songcraft, arrangement, melody and vocal delivery. Anyway, the good news is that the widescreen The Ascension spills over with tons of this stuff, albeit decorated in despondent imagery, music-box enchantment and cavernous experimentation.

Firstly, the songs eschew the banjo-plucking folk idiom that dominates many of his high-water marks and inhabit glistening, synth-based, electronic settings, taking cues from the synthetic sweep and electro-opera of his The Age Of Adz from 2010. This is rather than the wispy delicacies and dagger-in-the-heart introspection of 2015’s bare bones opus of grief, Carrie & Lowell. The album initially feels like an avalanche of hardware and somewhat overwhelming; ultimately patient listening re-shapes perspective and rewards the listener here.

“Exterminate all bullshit,” Stevens said in a recent press release, and lately he has spoken in interviews of feeling jaded and angry, increasingly troubled by the socio-political condition of the world and particularly the numerous spiritual failings of the US. Lyrically and thematically The Ascension peers outward as it takes shots at civil strife, celebrity worship, faith, mortality, politics, ecology and the tyranny of technology; many of his alienated lamentations of our society’s numbness, darkness and cultural ADHD cling to TS Eliot’s famous observation that man cannot bear too much reality. The forty-five-year-old composer and multi-instrumentalist roams far and wide over the course of eighty intense minutes, weaving circuitous, dread-laden lyrics through modular, horizonless compositions that pivot around the percussive clatter of skittering drum machines and icy washes of synthesisers.

Numerous songs here couple irrepressible hooks with buzzing synths, busy rhythms and choral glitches, invoking the chilly electronica of Boards Of Canada, Thom Yorke’s solo output and even peak Bjork; his sensitive amalgamation of pensive troubadour and the glacial, post-dubstep milieu works a treat on stand-outs like Die Happy, Lamentations and Gilgamesh. The latter, for instance, commences tentatively and serenely like a dulcet toned hymnal, before being invaded by stuttering beats and a tornado doused in glitch.

Inspired by anxiety, chaos and the spiritual disease at the heart of his native culture, The Ascension picks up from the world-weariness and despair of bleary lead single, America, and interrogates the rot of 2020 with music that sounds simultaneously like despair and catharsis.

Opening track, Make Me An Offer I Cannot Refuse, trades the creamy synth tones and angelic chimes of Bjork’s Vespertine period with a request for salvation from a deity; here the layering of his feathery voice complements the twists of the heart-tugging melody with a classy distinction. The surprisingly catchy Video Games displays an affinity for straight-ahead synth-pop anthem territory, as its critique of celebrity worship sweeps the listener along on a bittersweet, Broken Bells-like pulse.

Despite the cautionary nature of most of his lyrics, there’s also frequently a paring-down of sentiments, even reaching for workaday clichés from a round of ‘X-Factor’: “I want to die happy,” “I wanna love you,” “Run away with me,” “Come on baby give me some sugar.” It’s as if the disquiet and turmoil of our culture have provoked a backs-to-the-wall urgency in his song-writing; this is contemporary music to lose yourself in, purveying a scuffed warmth that peeks out from within its despondent exteriors.