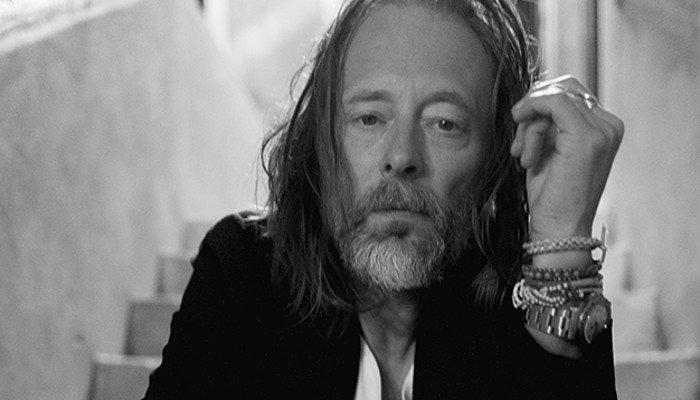 The Radiohead singer’s new solo album mines a trail of sparse, haunted electronica studded with some of his loveliest melodies and textures to date.

Radiohead frontman Thom Yorke’s third solo album (his first since 2014’s Tomorrow’s Modern Boxes) arrives in the slipstream of his acclaimed Suspiria soundtrack and re-affirms his exalted status as a progressive artist who never sits still and reinvigorates his sonic trademarks with an unrelenting pack of fresh ideas.

ANIMA is an album that’s stalked by many of Yorke’s familiar doomsaying preoccupations – urban claustrophobia, anxiety, dream states, nightmares, technological dystopias – but it’s also the most transportive and spellbinding music he’s concocted outside of Radiohead: Yorke’s brand of melancholy here carries a magnificent menace. It’s electronic soul music that delineates the shape of the heart whilst terrifying the life out of us. ‘Anima’ is Latin for a soul or spirit, as well as a term coined by Jung to signify man’s unconscious female consciousness, and the title speaks eloquently to its author’s sense of suffocating dread, that we as humans have to fight to reclaim our souls from the soulless machine of Capitalism, tech and the online universe. 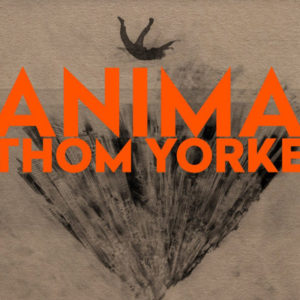 Produced by long-time henchman Nigel Godrich, with whom the singer debuted some of this material live on tour in 2018, ANIMA refracts dusty memories of his back catalogue whilst channelling dance music’s jabbing pulses and agitated rhythmic loops at its core: chopped and screwed falsetto vocals are wreathed in echo, spooky children’s voices generate a warm fuzz, harrowing strings sweep, icy synths buzz and spread their wings like a baby chick leaving its shell. Intimations of the work of left-field electronica practitioners like Floating Points, James Holden, Caribou, Actress, Boards of Canada, Four Tet and The Aphex Twin are splashed throughout this cohesive evocation of digital distress, yet the sense here is that Yorke and Godrich are transcending the sum of their high-minded progenitors and influences and conjuring something with real heft and imagination.

There are some topical songs which explicitly confront the calamity of tech-created dread and corrupted systems and take the temperature of our ever more Orwellian universe- The Axe opens with “Goddamn machinery, why don’t you speak to me?/One day I’m going to take an axe to you” – but the mood throughout is registered as somewhere between reality and a dreamscape, with skittering bleeps and swerves, magisterial piano laments, a Gregorian chant choir, rich electronic washes, fragmented lyrics and digitally processed vocals forming a glorious haze.

Dawn Chorus, a gorgeous tune that’s been knocking around for a while, is a genuine highlight: the singer rakes over old regrets, recriminations and shadows of a previous life whilst a handsome keyboard pattern burbles a stately elegy for lost dreams. It also throws up some of the most lyrical and seductive imagery of his career, words which one can’t help but associate with his divorce from his long term partner and her death from cancer: “In the middle of the vortex/The wind picked up/Shook up the soot/From the chimney pot/Into spiral patterns/Of you, my love”.

Twist is one of the finest items Yorke’s ever committed to vinyl, a disarming, twitchy suite that attains an eerie euphoria through its galloping beat, ominous strings, spooky schoolyard invocations of ‘Music Has The Right To Children’ and the singer’s fractured poetry.

ANIMA is a dystopian explosion of rapture that hums with a plaintive tenderness as well as a queasy disquietude. It’s always in flux, never resting in one place for long, and is constantly surprising, making for a precarious but ultimately uplifting listen.