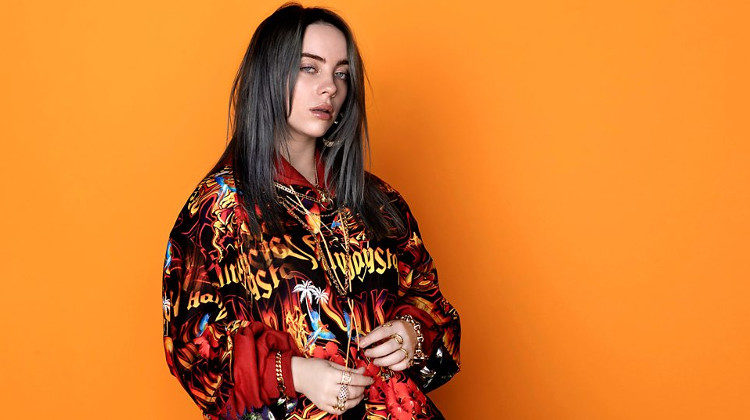 2019 is almost over and this year we’ve been treated with an undeniably strong bunch of new albums, new artists and some genuinely fantastic songs. From the meteoric rise of 17-year-old pop sensation Billie Eilish to new material from big hitters Kanye West, Coldplay, Tool, and Taylor Swift, the year hasn’t been short on new material and left our writers with a plethora of releases to choose from. So, ladies and gentlemen, without further ado, read on for our top picks of 2019!

“Natalie Mering’s intoxicating album offered a pristine juxtaposition of mellifluous 70’s singer-songwriter melody and electronic ballast which sounded unlike anything else in 2019. The dopamine synth rush of ‘Movies’ sounded like the end of the earth.”

Tindersticks – No Treasure But Hope

“The greatest under-appreciated band in the UK returned with another beautifully languid collection of melancholia; its autumnal, pensive introspection was both haunting and peculiarly life-affirming.”

Billie Eilish – When We All Fall Asleep, Where Do We Go?

“Billie Eilish’s When We All Fall Asleep, Where Do We Go has hit number one top album of the year for me. Her voice control and emotive projection is something which sends shivers down my spine. With raw and honest lyrics portraying real-life problems, I find myself captivated, in a trance-like state whilst listening to her creations.”

“Another hot album I loved listening to in 2019. I find Bastille an incredibly talented band who cleverly think of little details to enhance their appealability. The album is based on the different states you find yourself in on a night out and each song represents a specific time. This record is extremely catchy with relatable and feelgood tracks.”

“After a thirteen-year wait TOOL finally bought us Fear Inoculum, a 10 track / 87-minute masterpiece. With odd time signature rhythms, bone-crunching basslines, virtuoso distorted guitars and soul-wrenching melodies, TOOL delivered on a long overdue promise. If you’re not convinced listen to the second track, Pneuma, and then tell me I’m wrong.”

High/Low – Down the Wave

“Imaginative, high octane and soaked in 90’s nostalgia, yet highly original. The independent alternative/post-grunge rockers serve up a fast-paced and heart-racing album in Down the Wave. The overdriven, fuzzy and buzz saw sounds are offset by sing-along choruses to create these low fi anthems.”

“Salt is a wonderfully crafted release. It will make you laugh, cry, but most of all it makes you feel.”

“Not many bands are doing it as well as these guys are right now, and they are showing no signs of slowing down.”

Billie Eilish – When We All Fall Asleep, Where Do We Go?

“If there’s one name that’s bound to have been drilled into your head this year, it’s 17-year-old Billie Eilish – and for good reason. Her debut album expands on her previous EP’s, cementing a sound perfect for her uniquely beautiful voice. There is not a bad song on the album whatsoever, and it will take you back to the extreme emotions you felt in your own teenage years.”

“This album is so good I am almost ashamed that it has taken me this long to discover such a brilliant band. It’s even more surprising that the band is Australian, sounding more Memphis than Melbourne. Run Home Slow is a raw and bare-boned soul album, soaked in talent. Vocally, lead singer Josh Teskey has hints of Otis Redding and Chris Robinson (Black Crowes), whilst the band sounds as tight as any group out there now. It sounds impeccable on vinyl, but jump in your car and turn this up loud.”

Looking back on 2019, without realising it, the album I’ve been listening to the most is Lana Del Reys’ Norman Fucking Rockwell. From the instantly comforting piano and honestly abrupt lyrics of the album-titled opener to the tantalising melodies of Venice Bitch and lovelorn perceptions in Cinnamon Girl, each track shows what a fantastic talent she is. Her strongest album since her debut.”

“Coldplay might not be the coolest band on the planet, but 2019s Everyday Life should really dispel the myth that they’re just a stadium-filling machine. Showing them in a more natural light, the record is simply a mesmerising piece of work. With just a few typically big anthems, the band have experimented, developed, and created a record of fantastic ideas, catchy melodies and beautiful songs.”