Home » articles » Review: Billie Eilish – When We All Fall Asleep, Where Do We Go? 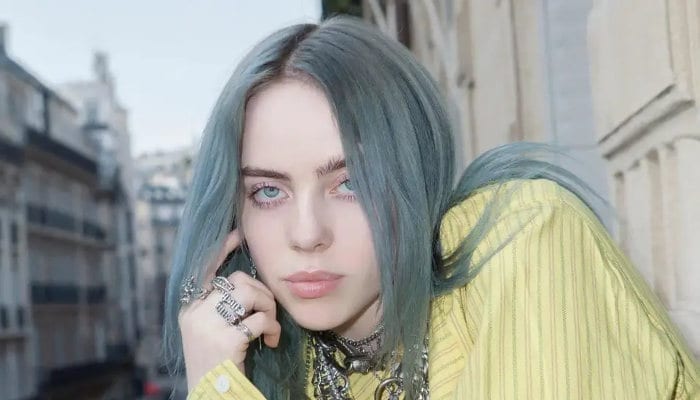 Billie Eilish swaps Instagram Filters for vocal filters in this extremely assured debut that shows skill in songwriting beyond her years.

Seventeen-year-old Billie Eilish could be seen as the latest millennial fad by some, but new record When We Fall Asleep, Where Do We Go? proves that she’s so much more and here to stay. Revelling in similar hype to when artist Lorde hit the scene, Billie’s assured and positive demeanour matches the confidence and experimentation found within her new record. Full of bass-heavy beats, vocal manipulation and cleverly structured songs, Eilish is more than living up to expectations and front and centre when it comes to pioneering a new sound.

Starting off with a brief intro of Billie taking out her retainer as she giggles with her brother, the record immediately kicks in with heavy, dark beats and thumping bass on track Bad Guy. The song sets up the rest of the record nicely as we listen to the start of Eilish’s introspective, clever, and bold lyrics against intermittent vocal filters: ”So you’re a tough guy, like it really rough guy, just can’t get enough guy”. Xanny introduces an even heavier reliance on the aforementioned filters as intermittent, jittered sounds cleverly mask her light and airy vocals making for a track both unique and interesting, and far beyond anything someone of her young age should be able to pull off so well. 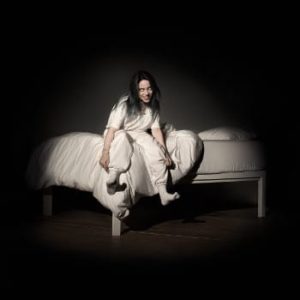 All The Good Girls Go To Hell is a jaunty number with a haunting attitude that could be compared to early Lily Allen but with more of a hip hop vibe. This is brightened up with the singer’s penchant for spouting ‘millennialisms’ and has made her so relatable to her millions of Instagram followers.

Experimentation and interesting ideas are rife throughout the record, especially on tracks like My Strange Addiction and 8; the former interlacing clips from American TV series The Office against big beats and confident lyrics, and the latter masking Billie’s voice with filters making her sound like a child. These ideas have no right to work, but they always do, leading to a feeling of fortune favouring the brave.

Previously released track Bury A Friend makes a welcome appearance with all the verve and guile of someone who’s been in the industry for decades as it saunters along with it’s late ‘Yeezy’ swagger and catchy synths. Billie’s nonchalant vocals fit well against some excellent production techniques making it an album highlight.

The record finishes on a more sombre note as tracks like I Love You and Listen Before I Go focus more on melody and structure and help abate the previous musical storm, finishing the record nicely and allowing you to catch your breath.

It seems impossible that an album so accomplished has been released as a debut by someone so young. Billie Eilish hasn’t put a step wrong on this record as she revels in inspired vocal performances, ingenious use of filters and synths, and production techniques that bring the record to life. Lyrics are edgy and clever without overstepping the mark and the singer is comfortable in taking on both sultry moments and big beats throughout. When We All Fall Asleep… is an inspired piece of work and a contender for record of the year at this very early stage. Quite a debut.