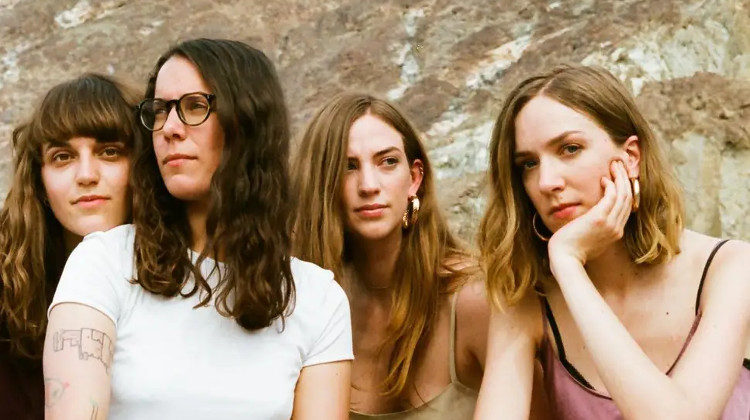 It has been announced that London four-piece The Big Moon will be ambassadors for Record Store Day 2020. The event which has taken place each year since 2008 has become a staple in every record lovers diary with a slew of reissues, new releases and special editions hitting the vinyl format. Each year sees fans queuing outside their favourite record stores in eager anticipation to get their mitts on their chosen records before the stock inevitably runs out.

The Big Moon joins previous UK ambassadors in the honour such as The Mighty Boosh, Rag N Bone Man, and Sir Elton John. The role was previously reported to have been handed to rapper Slowthai but due to his exploits at the recent Brit Awards ceremony, it seems to have made sense to go with someone else for the honour.

The Big Moon have enjoyed recent success with the release of their sophomore album Walking Like We Do, also performed a small gig as part of the release at London’s Roughtrade East record store. As part of their role as ambassadors, the band will be recording a live ‘straight to vinyl’ event at Metropolis Studios on March 5th, where a lucky audience will get to see the band perform and record 3 live tracks in one take that will be cut on a record lathe as they perform. The lacquer produced will then be rushed over to Record Store Day’s manufacturing partner, Sound Performance, and given prime time in the queue at pressing plants to make sure it’s pressed and available on vinyl for the event scheduled for 18th April 2020.

Pretty cool, eh? With the Record Store Day 2020 official list of releases imminent, keep an eye out on Vinyl Chapters where we’ll report the full list as soon as we know! You can check which record stores are participating in this year’s event here.