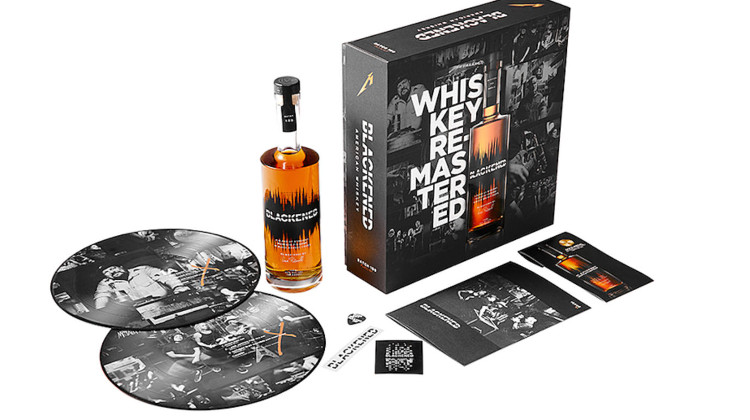 For fans of Metallica (and alcohol), you may have already heard about their ‘Blackened’ whiskey. The whiskey is a collaboration between Metallica (mainly drummer Lars Ulrich) and Rob Dietrich who acts as Master Distiller and blender for the drink. Not only does the whiskey blend a number of bourbons and ryes found throughout North America, but the spirit is aged using a special method. Named ‘Black Noise Sonic Enhancement’, it basically uses the sonic sounds and songs of Metallica to help influence the ageing process. As the Blackened Whiskey website states: “After the whiskeys have been combined in the black brandy casks for finishing, they’re jolted back to life by the unmistakable, earth-shattering music of Metallica. Using our proprietary sonic-enhancement system BLACK NOISE, the whiskey is pummeled by sound, causing it to seep deeper into the barrel, where it picks up additional wood flavour characteristics.”

The new whisky, ‘Batch 100’, is being commemorated in a special edition box set including the drink itself, two 12″ vinyl picture discs and various other prints and collector’s items. The picture discs include the playlist of Metallica songs that were used to give the whisky it’s unique flavours during the ageing process. Rob, obviously a hardcore Metallica fan, chose the playlist, which includes a variety of live takes and deep cuts that he felt would complement the whiskey as it aged.

You can check out the tracklist, as well as a youtube clip of Lars Ulrich unboxing the package below.