Home » articles » The Evolution of Metal Music: Part One 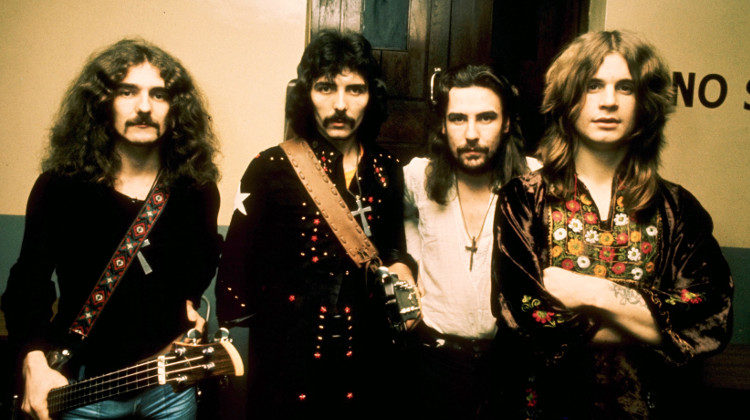 The tale of Heavy Metal is a storied fable. Starting in 1970 with Black Sabbath, the new dark, heavy, loud and fast music was born. Through the seventies and early eighties, the genre grew in strength and popularity.  Bands such as Motorhead, Iron Maiden, and Judas Priest followed in Sabbath’s footsteps, even Sabbath frontman Ozzy Osbourne stuck to his roots with his solo career. In the USA, Kiss and Van Halen flew the flag before the ‘big four’, Metallica, Slayer, Megadeth and Anthrax, worked hard to get to a position of prominence. It wasn’t until three kids and an old man, in the form of Motley Crue burst out of the Hollywood scene that metal went full-on mainstream.

MTV loved them, the media loved to hate them, and parents just plain hated them. All the elements were there. The success of this Motley bunch snowballed, and a succession of copycat bands began to be signed and pushed in the same direction. It became a standard that a band would release an album backed by two “Heavy” singles and then a third single that was a power ballad. The music industry had a formula and they were sticking to it. Stick to it they did, following the same pattern band after band, album after album. The airwaves and record stores were saturated. Even more credible bands that emerged at the end of the decade, bands like Skid Row and Ugly Kid Joe were forced into this format.

By the late eighties, heavy metal had reduced itself to a cookie-cutter parody of itself. What once made it so dangerous and great was gone. Over the top elaborate arrangements and production, coupled with non-senesce MTV friendly music videos…. And the hair! Do not get me started on the hair.  Music historians will tell you that the Seattle grunge movement killed this hair metal. But that’s not entirely true. The Seattle bands and the army of alternative bands that followed merely replaced metal in the MTV heavy mainstream. But the metal genre was not dead and buried, not by a long shot. It was forced back underground to take a long hard look at itself. Like the Oscar Wilde story of Dorian Gray, metal was forced to stare blankly at its twisted and deformed portrait that had been hiding in the attic all these years. But unlike the erstwhile Mr Gray, the image didn’t drive it insane, leading to its demise. The genre fully embraced its ugliness and drew strength from it.

It’s not uncommon for a genre of music to have several sub-genres under its umbrella, but with the downward spiral, crash and burn of mainstream metal several sparks raised up from the proverbial ashes.  As the masses were fixated on the alternative, who ironically were influenced by heavy metal, a small number of bands were making waves. Bands such as Nine Inch Nails and Ministry took the electronica of the ’80s and blended them with their sounds to give birth to industrial metal. The mix of electronic beats, samples, keyboards and heavy guitars, with catchy vocal lines and choruses; these bands were restoring a little faith with metal fans.

Meanwhile, in Texas, a four-piece metal outfit were redefining their sound, originally from the fringes of hair metal, Pantera were looking for a new style. The guitarist, Diamond Darrell, had consciously picked up on the fact that the part of a song the crowd would connect with the most was the middle breakdown groove. Pantera would start to write whole songs with this heavy riff, slow groove feel. Pantera were unwittingly ushering a new era of Heavy Metal. Emerging from New York, Horror movie metalheads White Zombie were also changing their direction. By combining groove metal, industrial elements and samples of their favourite B movies Rob Zombie and Co struck a chord with the metal masses…Coming in part two – Heavy metal rages against the machine and rises from the mainstream ashes in the form of Nu Metal.