Home » articles » Vinyl Thoughts: An Interview with Jean-Claude of If Music 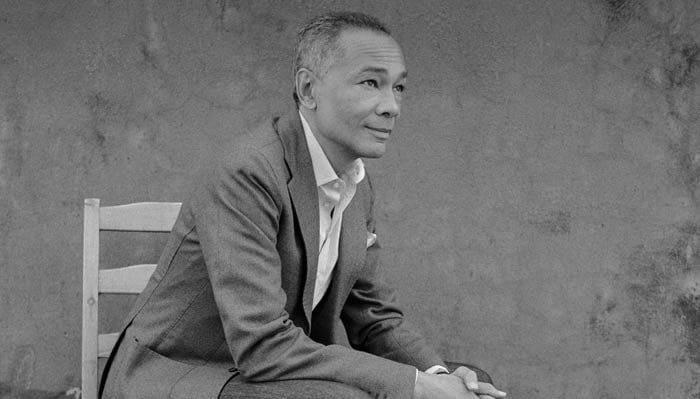 We take a look around If Music and speak to owner Jean-Claude about the vinyl industry, his record store philosophy and the future of music.

If Music is a special place. It feels different from other record shops in London; there’s just something about it. When you first ring the doorbell to gain access to its ‘off street level’ premises in Soho, it already seems like you’re stepping into somewhere more exclusive and apart from the crowd, giving you a vibe you just don’t get with a shop on the High Street.

And the differences don’t stop there. When you’re buzzed in for the first time and take a walk up the kind of stairs you’d find in any old building, you have a sense of anticipation as to what you’ll find. And as you arrive at the If Music door and push it open, you’re welcomed to one of the most fantastic music shop experiences in the city. The first thing that hits you as you enter is the layout. It’s not a big space, but it feels homely, welcoming and all encompassing. With vintage turntables littered around the space, music memorabilia adorning the walls and, of course, many boxes of LPs to dig through, the atmosphere is one of musical heaven where people can sit down on the leather chairs and sample the merchandise, or come and talk music with the many regulars.

The impressive design of the shop didn’t happen by accident; owner Jean-Claude has spent a long time in retail and the record store game; therefore his current space is the culmination of years of experience. He explains this to me as we chat and I’m taken through his history in music retail:

“I had worked for decades in retail and design, my first record shop experience was at Release the Groove back in 1995 on Denman Street (also, one of the first record shops to have a website in 1997-98). I was there for approximately seven years, running what we dubbed ‘The Jazz Lounge’. This was during the last golden period for vinyl when drum ‘n’ bass, deep house (Moodymann, Pepe Braddock, et al) Jazz, trip-hop, new jazz (K&D, Jazzanova etc) and hip-hop all just collided into one lovely measure; this concoction was even getting an airing on Radio 1. Things, however, evolved and changed and I left there; within six months I came upon the chance to do my own thing. If Music was originally ‘a normal’ shop on Green’s Court at the bottom of Berwick Street; there had always been a record shop of some kind on that site.”

But with the advent of mainstream Internet shopping and the birth of the digital download, music retail was hit badly as Jean-Claude goes on to explain:

“The digital explosion caused mayhem between 2003 and 2008, with record shops, distributors and labels closing by the droves. The Internet is incredible technology and is great for many things but the ‘net has also turned music retail on its head. Badly. There’s no way that retail as it was then, could keep up with what the Internet had become, so we decided in 2008 we were either going to close or downsize. We’d been around for a while and had a great belief in the mantra ‘if you have a good product and believe in that product, people will follow.’ So we just went from the shop to an office space in Mayfair. We were there for a year or so and then moved to Langham Street, we stayed there for approx seven years, came back to Soho, but had to stay ‘off-street level’ otherwise we couldn’t survive. It’s not quite appointment only, but you have to ring the doorbell to find us.”

Even though it’s moved about over the years, If Music still maintains its loyal string of regulars who stay for this uniqueness and cherish its different approach. The shop is a space where people not only search for music, but are educated in music, as one of the regulars, Mark Boyd, points out to me:

“I think what you get from the shop is knowledge – there’s no other record store in the UK that’s going to have this [shows me a copy of a 80’s Jazz album called Volcano by Jas] and knows what it is, and someone to tell you ‘you need this!”

And that’s the special something that the store offers: a sense of interaction with customers and knowing what they will like. Jaie Miller, who helps out in the shop from time to time explains this relationship with the customers perfectly in one sentence, showing that the customers are allowed the freedom to choose their own experience:

“Often I would go to If Music, and what Jean-Claude would do is say ‘do you want me to play the records, or do you want to play them yourself?’”

To go with this social and listening experience, Jean-Claude stresses the importance of the space and how he was influenced to create it in such a way:

“Being a child of the 60s, and having a father that was a photographer and a grandfather that was an abstract expressionist artist, the whole functional space ideology is really important to me. Even in the other place we had – which was as tiny as you can get – the lay-out was still important.”

“We chanced upon this wonderful space here today, and it just led us to have these wonderful walls…we’ve got artwork that we can sell, we’ve got records…there’s a lot of records here but we’ve also got space to breath. There’s room for unplugged sessions that we host on a regular basis – the acoustics in here are dope.”

But like any record shop, the main aim is to sell music, and with the apparent resurgence in vinyl that’s been on the rise year after year, surely this can revitalise the record store industry? Not necessarily according to JC:

“The resurgence: the jury is still out on this subject. In relation to how much amazing music is available in physical form divided by the amount of people there are on this planet, people are not really buying records: there are high rents/ mortgages to pay, bills, the new Mac, they’ve got to pay for this new gizmo and that ‘must have’ new item (consumer overload) and they just can’t afford it; something’s got to give. And at a time when we are moving into smaller and smaller properties, records take up a lot of space. Vinyl, without a doubt, has become premium product. A segment of the new generation who are buying records are buying them as trophies; they know it’s a record that everyone’s gotta have in their collection and they become prized pieces. It is not unusual for someone to buy records from us, who as yet does not own a turntable”

So what about the future? Music as a format has undergone many changes over the past ten years and the future is as unclear as ever. Arguably the way a lot of people listen to music and buy music has changed forever and this affects the album format that started it all:

“The IPod shuffle was the end of how one traditionally listened to music. When the shuffle came in, that was it. They actually invented a machine to just shuffle! Great technology, but it’s not the technology that’s the problem; it’s humankind’s relationship with the technology where it has all gone a bit awry. And if you want to buy music, certain user generated websites are a bloody nightmare for record stores. One company specialising solely on records and CDs reportedly turned over 100 million US Dollars’ worth of sales last year. If you imagine they were not there, take that 100 million and distribute that amongst all the independent record shops around the planet, all of a sudden…I’m not dissing them, it’s great what they’ve achieved (free market forces and all that )”.

The great thing about record stores today is that they allow you to ‘unplug’ from the world around you and get back to what music is about: socialising with like-minded individuals and enjoying hunting for music yourself physically, or with the help of others around you. With shops like If Music and people like Jean-Claude championing this for a new generation, I’m hoping we won’t lose touch with these routes, because even just spending an evening in the store, I noticed how eager, willing to share and passionate the people around me were about music. So next time you’re sitting there aimlessly clicking through Spotify or robotically flicking through a playlist on your mobile phone, pick yourself up and get down to your local record store to rediscover the new, old way of finding music.

If Music can be found on the 2nd floor at 12 D’Arblay Street in Soho, London. Check out the website www.ifmusic.co.uk  for more details and to look through their range of music.