Home » articles » Vinyl: Then and Now – The Ongoing Evolution of Record Production 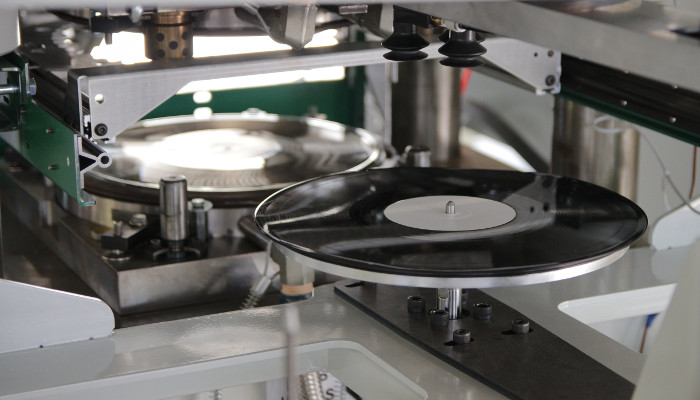 Vinyl Chapters looks into the ongoing crazy life cycle of the vinyl industry, how production has been affected, and also speaks to industry expert Karen Emanuel about its past, present and future.

With so many articles out there spouting off the well-known phrase ‘The resurgence of vinyl’, I think it’s about time this was put to bed. It’s now not so much of a resurgence, but a format that appears to be here to stay for the long-term. Some of you may think this is a brave statement, but I truly believe it’s going nowhere.

Sales have hit a remarkable 1,472 percent since 2007 and vinyl has once again become an important part of many people’s lives. But with this steady increase in sales, it inevitably caused problems for those poor old pressing plants and machinery, many of which had to be brought back from the dead to cope with demand. With this in mind, Vinyl Chapters decided to look into how production companies and plants have been coping with the increased demand, where we are at the moment, and what the future of vinyl production could look like.

The Return of Vinyl

Before we get into its comeback, let’s take a fleeting look at its downfall. The reason for vinyl’s decline at the end of the eighties was basically because newer, faster, and arguably better quality formats such as CDs were being introduced. This led to many leaving vinyl behind en masse, happy for the smaller storage needs, ease of listening, and durability that came with CDs.

Roll on another decade and before long, CDs – once the proud poster child of music formats – suffered the same fate as vinyl with mp3s and streaming becoming ‘top dog’. CDs now knew how vinyl felt as sales fell and they were gradually phased out as everyone’s ‘goto’ format. Today, streaming and downloading make up most of the music sales: formats that aren’t physical, but the ease of use and access is unrivaled.

So, how did vinyl make its return? I’d say a mix of nostalgia, marketing, and hardcore fans. Younger generations started finding these curious discs in their parents’ lofts and wanted to find out more. The older generation realised how much they missed their LPs, and with the changing financial needs of labels and artists amidst the rise of streaming, vinyl was another increasingly needed income stream to keep the money rolling in. Vinyl was coming back, and it was coming back bigtime.

So, there we have a quick overview of where we find ourselves today, with every man and his dog talking about records, frequenting their local record stores, and blasting out their favourite songs under the needle. But this begs the question and the main point of this article: how has vinyl production changed to cope with this new demand?

To find out the answer, we need to go right back to the start. To help us with this we contacted industry stalwart, Karen Emanuel. Karen’s been in the music industry since working her way up at Rough Trade Distribution’s production team, before starting her own production business – ‘Key Production’ – which was founded in 1990. The company has always included a vinyl pressing division, so Karen has seen and dealt with all the chops and changes in the industry over the years. Karen recalls the gradual decline of vinyl as the nineties hit:

“When I first started at Rough Trade there were lots of large vinyl factories all over the world and in the UK. Then, over time, vinyl started dropping off and a lot of the big factories closed their doors. We were left with only smaller factories. The majors at that point were more or less phasing out making vinyl, but people like myself never stopped manufacturing vinyl. There were different kinds of genres of music that kind of kept vinyl going.”

There were only about 2000 ‘lathes’ ever built, with many closing down as the 90s hit. With this downturn in production and factories closing, many of the skilled machine operators had moved on or retired by the time of the resurgence. This was a problem; you have to remember that vinyl production is still a relatively old, noisy and skill-based industry that requires machine-heavy production processes. You need machines to cut and master, other machines to create negative plates, and these are then processed over on the pressing machine that stamps out all the beautify vinyl we know and love.

The Resurgence of Vinyl

No one appeared ready for the resurgence or could not have foreseen it. Karen points out when she noticed it start to happen:

“At one point I would have said that my friends children growing up didn’t know what vinyl was, but the market has changed so much now that all my friend’s children now collect vinyl! It really has changed.”

The problem with the resurgence came with the production of vinyl and the increasing demand. This caused problems in coping with the limited number of presses and machines. There were still a few big factories left, but the equipment was old and there was a distinct lack of people in the workforce. Most of the equipment was the same as what was being used from the 70s or 80s. As Karen went on to explain:

“What happened, as the tides were changing and more people wanted vinyl, there wasn’t enough capacity in the marketplace. This has caused a big hole. What it had also caused was some of the factories that were still making vinyl, they had started to expand and add new machines. In the beginning, new machines were actually old machines which they found and bought off people, took them apart, and rebuilt them. It went as far as if something went wrong with a machine, they would have to go back to another old machine and take pieces off it and refix it like that. It was a very bespoke industry.”

Another problem was with the capacity in which these machines had to operate. Record labels started re-releasing their well-known back catalogue on vinyl, putting the presses under further strain, as they were already trying to cope with the higher demand.

Where Are We Now?

This takes us into the present. Today, with a lot of the re-releases now out, this ‘re’release’ culture has slightly tapered off. What is exciting about the moment is the amount of small, bespoke presses that are being opened around the world. Jack White’s label, Third Man Records in Nashville has its own on-site pressing plant that you can actually visit, Viryl Tech in Canada is another big player creating its own bespoke waves across the industry, and Germany’s Newbilt is another company who have been developing their own new machines. 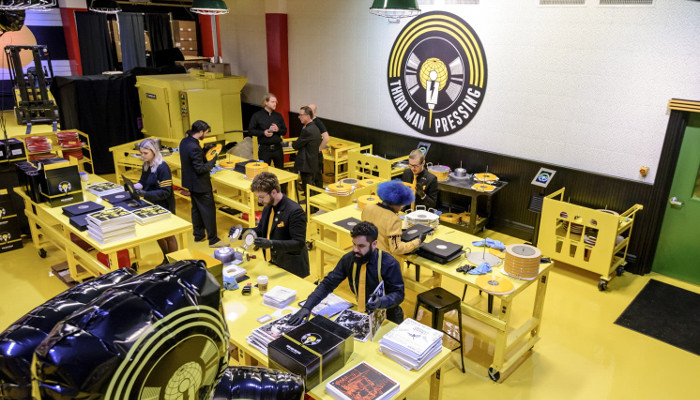 This has created new jobs in manufacturing the records, but the quality of some of these new pressings has also been highlighted in the media recently. Some argue that the loss of many years of experience from highly-skilled people who used to work the presses, as well as tight deadlines has increased ‘rush jobs’ to get the records out and made the vinyl cuts suffer. On the other hand, these new presses could be seen to be creating new skillsets for this generation’s production needs, and, at this point, are just as skilled as their predecessors.

The Future of Vinyl

So, what is the future of vinyl? We’ve now got to a stage now where the industry knows that the vinyl resurgence is no longer a fad and here to stay. There are new presses being built every day, but most are still using old technology. Is this old technology good enough in today’s world? Karen seems to think so:

“For me, if it ain’t broke, don’t fix it. Personally, I can’t see something replacing what we’ve got now. partly because the investment would be huge. Until I see it and I see it working en masse, I’m very sceptical. The old and new machines using the same methods work well, so is it really worth investing in new technology when the old technology works?”

This hasn’t stopped entrepreneurs and new companies trying to modernise the process of creating vinyl, however. For years now there have been companies such as Viryl trying to pave the way for ‘steamless’ vinyl production or ‘Warmtone’ presses using new technology and computer systems to decrease production time. Music sharing website Bandcamp have also recently started a different production model, printing records on an ad-hoc basis when orders for a record are received and only printing as many as needed.

There is also the environmental impact we have to think about for the future. This has been in the news a lot lately with vinyl, but many, including Karen, think that vinyl production could in some cases actually be viewed as more environmentally friendly than streaming and other media:

“I’ve actually read an article recently that says streaming is worse for the environment. The other thing about vinyl is that it doesn’t usually get thrown away. You buy it, and then you give it away or sell it on to someone else if you finish with it, and it’s just passed around.”

On the other hand, with streaming, every time you listen to a track, a large amount of energy is required to pull the stream or download from the cooled servers and transfer across the world to your electronic device. This process has to be done every time you listen to a track, but with Vinyl, you buy it once and use it over and over again with the relatively small environmental impact of electronically spinning the disc.

Vinyl is here to stay, but it doesn’t mean the production processes are going to always be the same. Vinyl production is an interesting industry to be in at the moment and only time will tell what techniques will be used to produce records in the future.

Do you have any thoughts? Discuss in the comments below.