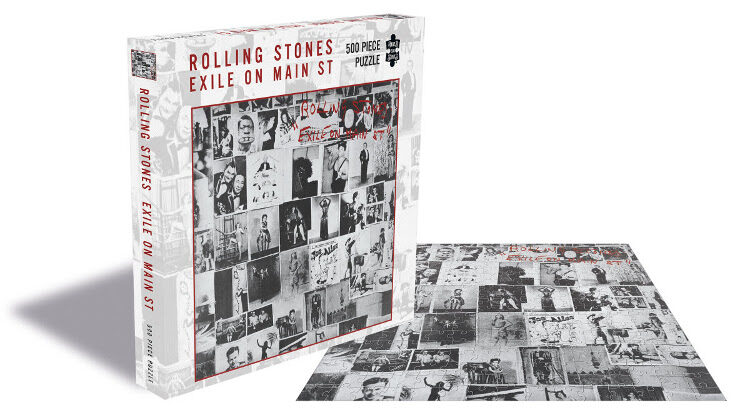 Fancy a break from vinyl? I know, me neither. But how about something you can do while listening to your records? Zee productions are releasing four classic Rolling Stones album covers in the form of jigsaw puzzles to help you pass the time. The records that have been turned into puzzle-form are Exile on Mainstreet, Emotional Rescue, It’s Only Rock N Roll, and Some Girls.

Each jigsaw puzzle features the classic album covers with 500 pieces and come in a vinyl box-size format, meaning they can sit pretty next to your record collection. The puzzles are set to be released on 4th September, with It’s Only Rock N Roll also benefiting from a 1000 piece version that will be released on 18th September.

The Rolling Stones jigsaw puzzles will also be joined by a slew of other seminal rock album covers from the likes of AC/DC, David Bowie, and Nirvana.

In other Rolling Stones news, the band will be releasing a previously unreleased track tomorrow (July 9th) named Criss Cross. Their last release was single Living In A Ghost Town which came out in April this year during a time when most of the world was in, or entering an advanced state of lockdown. You can check out the trailer for Criss Cross below.

You can also check out the full range of Rock N Roll inspired puzzles over at the Zee Productions website, so prepare yourself for hours of piecing together your favourite album covers!