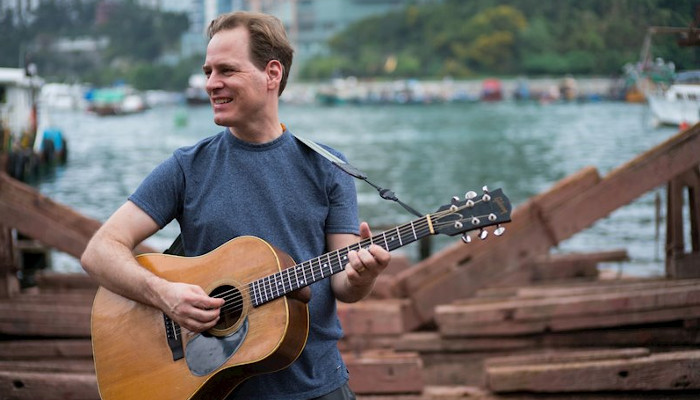 Moore’s albums have always managed to keep the listener guessing in which direction he’ll go next. Although usually settled around Americana with 60s Folk influences, he always brings flourishes of something else to each record, whether it be the more intimate and minimalistic tracks of Love & Change or the contemplative kookiness of Spark. New record Starry Sounds sees Moore settle somewhere in between these two previous works, with tracks wrapped in strong lyrical and vocal performances that include some of his finest work to date.

Album-titled opener Starry Sounds kicks off the record with a gentle acoustic guitar leading the listener forwards before vocals drip in with all the lyrical verve and vigour we’ve come to expect: “Footprints sink Where the Sea meets land Tiny hands Carve their Moats in sand”. This is all leads into a strong chorus where more instruments are added and female backing vocals are added, all in the hope of creating a galaxy-spangled soundscape for what the track is named after. Beautiful at times, wonderous at others. 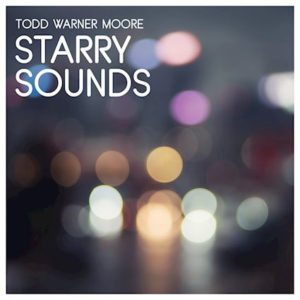 Ebb and Flow takes us back to earth with an Americana sound reminiscent of tracks from previous record Love & Change as Warner Moore relies more on the interchanging of melodies and structures to raise it to the next level. Starting Again manages to add another string to Warner Moore’s bow as he brings in a walking bassline amidst a more jazzy track with light, rolling drums and clarinet forming a strong basis to work from.

What Moore does well on his records is to find ways for his lyrics to, in effect, dance around the rhythms and melodies set out throughout the music. This record is no different. All the Lives provides comfort in solitude as Moore paints a warm picture of the things that make life worth living, whereas Meet in the Middle gives off a folky, gypsy base to bring out stories of a time gone by, but make them feel like it was yesterday: “Sometimes when they loved It was like they were breathing together And their bodies were musical saws Calling where to be touched”. He doesn’t always need lyrics, however, as the instrumental track Lapis Largo proves by creating a distinct country vibe with violin/viola dancing around and instilling its own visions of down-to-earth contentment and passion.

Starry Sounds, once again sees Todd Warner Moore managing to bring out all the emotion and ambience in his music as if it’s the easiest thing in the world. The sign of a good musician is being able to do this continuously, and over the years Moore has tweaked his sound to keep it fresh and meaningful, once again pulling it out the bag here. Another strong album from the talented singer/songwriter.