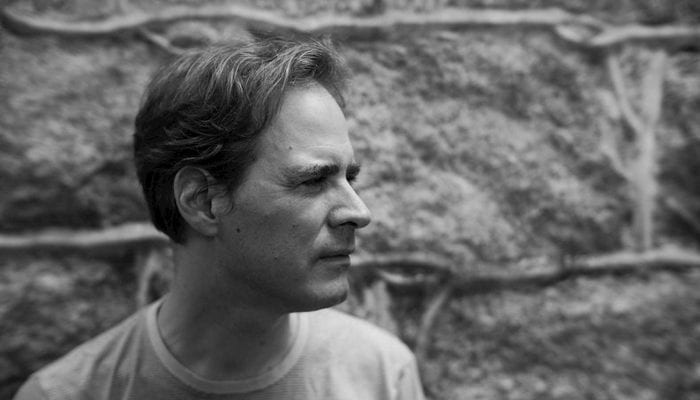 Todd Warner Moore releases new record Spark, and with it we’re taken on a journey through a world of simplicity backed up by clever nuances.

It can be difficult to make an indie/folk album stand out amongst the crowd. There’s a lot of singer/songwriters these days that can write a really good song, but struggle to get it across in the right way when recorded in a studio. Maybe this is to do with how personal the tracks are, which can get convoluted when worked upon by others in a sterile setting, or maybe the songs were just meant to be played live. Whatever the reason, none of this has effected new record Spark from Todd Warner Moore, as he manages to marry simplicity with garnishes of colour that bring the tracks to life in a haze of decorum.

After a brief spoken prologue, album-titled track Spark kicks in with crisp acoustic guitar  accompanied by bright vocals and Leah Hart on backing duties. The two voices work perfectly together enhancing each others docile tones and improving the sound. Bongos even make a fleeting appearance to fill out the track with the melody taking you on a winding journey amongst insightful lyrics: “Every garden was a wasteland every ending was the start of something new”. 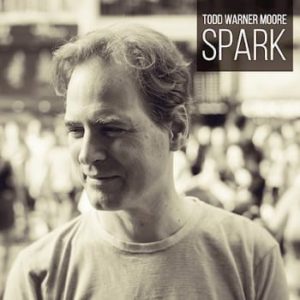 Gift takes the atmosphere down a notch, with a more condensed feel that gradually opens up as the track progresses. Moore’s lyrics are paced out perfectly as they throw out questions of tolerance and guilt, almost asking you to stop listening to the thoughts in your head and enjoy yourself. The short running time means the track feels like it’s cut short, but maybe this was on purpose so the listener can contemplate the questions asked throughout.

Fan favourite Noodles mixes a recipe with a love story in a kooky (or cooky…) way as Moore sings of creating a meal for his love interest in a vibrant and fun way. A caribbean vibe creeps in amongst the happy sounds, with the track reminding of early M Ward material, both musically and vocally. Drift Awake once again has hints of M Ward mixed with late Dylan production techniques as it takes you on a slow, pondering walk over empty prairies of America from times gone by. The viola and percussion are the main culprits for this feel, but it really does bring the track to life amongst some of the the most interesting vocal work on the record.

In The Water tries to make an interesting track even more sublime with some strong vocal changes against the melody. This mostly works but feels a little out of place in areas, with Moore’s real talent lying in simplicity. Crashing Down is a perfect example of this with its country-laden sound against simple but effective acoustic guitar and a strong chorus featuring Dylan-esque chord changes. It’s a beautiful track, with lyrics that tend to rattle around your brain for a while before you can make sense of them: “little things they said, poison in their heads, wild weeds into their gardens spread”.

Birds Eye View talks of general everyday life in a way that Conor Oberst in famed for, but Moore has a more contemplative edge to this style that is explored perfectly. This is increased in dexterity with some marching drums and bells making it seem like a child-like dream. The Lens finishes the record being a live track recorded with the singer’s expat band, Tea Leaves. It’s a jaunty number that gradually turns into a sea-shanty that ebbs, flows, and explodes. You don’t know where it’s going and thats the real beauty of it.

Spark is an interesting record that has a basis of simplicity, but uses elegant flourishes that mostly work well to push it along. There’s also a few surprises on the record that you might not expect from the singer, subtle chord changes that suddenly bring a track to life, and different ideas that work really well. With a good amount of gumption and a strong finish, Moore has created a record that is very listenable and hard to get bored of.