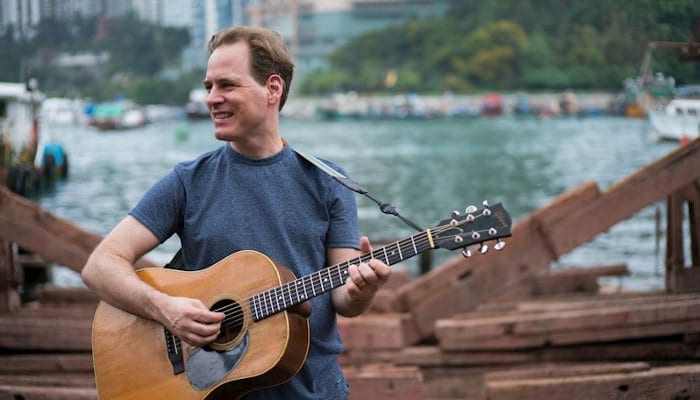 Todd Warner Moore is not one for sitting still. Previous record Spark (which you can read the review for here) was only released last year, but like any good songwriter on a roll, he wanted to get his next record out as soon as the creative juices started flowing again. Love & Change is the culmination of this work, featuring a more tailored sound that’s focused on folky Americana and strong, vivid imagery in the lyrics.

Song Universal starts off the record by filling the air with that aforementioned Americana, acoustic guitars and strings. Its playful lyrics are heightened by some tailored backing vocals that play around Warner Moore’s vocals in a beautiful dance: “But my throat has aged Like the wood of my guitar Seasoned by strong winds Where tallest trees Are scarred”. Full of imagery and, in places, malice, the track rolls gently onwards, growing into itself and heralding flavours of a time gone by. 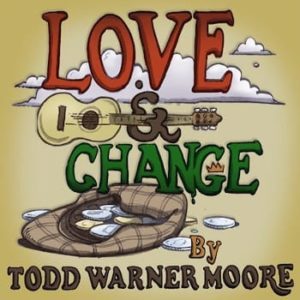 Golden Life ups the tempo and lifts the atmosphere as Todd has fun with vocal ranges, lifting and falling when necessary. The guitars are crystal clear, the vocals strong and melodic, and the merriment is brought to earth with the tempestuous lyrics: “We’re only on this Earth a flash and we see a world on fire”.

Wide Open shows off the record’s penchant to wake up the senses to the outside world. Heavy strumming and placid violins allow the track to take on a life of its own, and this is all backed with strong imagery focussed around nature. Right On Time then takes things down a notch, back to that slow Americana with an intermittent electric guitar ducking in and out. This helps set the scene and ground the track to its ongoing rhythm.

As the album progresses, the styles begin to open up and we get more of a sense of freedom from the music. Goodbye On A Sunny Day saunters on in jaunty fashion, with Warner’s vocal work more akin to some of his singing on previous record Spark. Kiss Each Day then seems to draw inspiration from Bob Dylan’s Blood On The Tracks recordings with its swift melodic changes and interesting chord structures.

The record finishes with the beautiful Right As Rain. More of a duet between Warner Moore and Leah Hart, it feels like a love letter to all the simple things that make life what it is. It’s not an overbearing message, but rather one of simplicity and something that we can all relate to. This is backed up with some pretty strings and a strong bass line that guides the listener along with the turbulent melodies. A great ending.

Love & Change is a record of peace and tranquillity that has a strong edge when needed. Warner Moore has used his songwriting abilities to subtly change his style and allow the record to grow and evolve by itself as the record progresses. The Americana sound is perfectly complemented by the floaty atmosphere, and allowing the weighted backing vocals to seep into the forefront now and again has given the music more depth. Love & Change is a fine record that’s well produced and perfectly weighted.