Home » articles » The Song Sommelier: A Taste Of Vinyl Through Playlisting 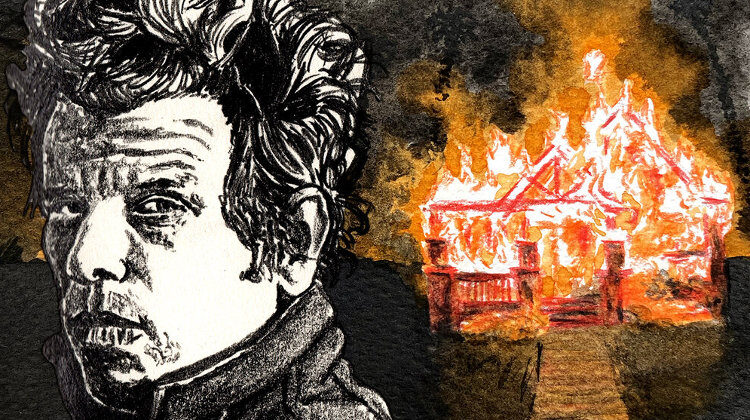 We speak to Keith Jopling of music project The Song Sommelier whose aim is to combine playlists and artwork amidst a vinyl mentality in a bid to find out the stories behind records.

Spotify and other music streaming sites have taken over the world of music. Offering an almost endless amount of tracks at your fingertips, it really has changed the way many of us consume songs. People no longer have to queue outside their local record stores to be the first to hear a new album by their favourite band, but can instantly play it from the click of a button. Your own playlists can be easily constructed and listened to by millions of people and you can flick around a dizzying array of music in any order you want.

Some believe this has taken away from the pleasure of physical albums and the time it takes to create physical playlists on tape or CD.  Albums are no longer listened to in the order the artist intended and artwork has been sidelined to a small section of your computer or phone screen. Whether music streaming is a good thing or not is up for debate, but for many, it’s destroyed the creative process that comes with building your own collection, changed the way artwork is used to accompany music, and manipulated how a whole new generation digests songs.

Keith Joplin saw this happening and wanted to do something about it. Working at Spotify between 2015 and 2017, he saw the boom in playlist curation but also remembers that the majority of them… were not very good. “That was my initial thought, really. You get a playlist about classic 70s rock and it was being curated by someone who’s 27 years old, which is fine if you’re into it but most of it was googling and building the playlists from previous compilations they’ve come across. It had a lot of room for improvement.”

This inspired him to think of ways in which playlists could be improved by bringing in additional factors that weren’t just clumping a bunch of songs together that listeners couldn’t relate to. “It was pretty obvious what it was, it needed a bit more context, a bit more personality, a bit more love. Maybe a little bit of imagination as well.” His love of vinyl also played a part, remembering how much more connected he felt with music through the format: “With vinyl, you put the music on and just stare at the cover for half an hour. I think it’s great. I think it’s a meaningful way for people to invest in the music and the artist as well.”

Born from this thinking was The Song Sommelier website. Keith came up with the idea of combining streaming playlists with a piece of writing from an array of curators based around why they chose the songs. The context was now there; people could understand why the tracks were chosen by a proper fan. They could see why they chose the order, what the music means to them, and the stories behind the tracks. On top of this Keith also wanted to accompany the playlists with original artwork to really bring the music and context to life; there’s the imagination.

After pitching to a few people, Keith decided to get it off the ground himself and enlisted the help of Mick Clarke to provide the artwork for each curator’s submission. Mick has a distinctive art style best known for featuring in newspapers such as The Guardian and The Observer, and Penguin books. His artwork just seemed to click with The Song Sommelier.

The website was up and running by January 2019 and it’s really picking up steam. Along with Keith curating and Mick’s sterling artwork, the website has now notched up a large pool of guest curators eager to tell their stories behind their favourite artist’s music. These range from music fans, professional writers, and famous faces.

With curator’s posts directly preceded by the accompanying playlists and artwork, it really works very well. The posts are always insightful, and this is in large part because Keith knows the kind of angles he’s looking for when enlisting curators: “You could be a superfan who can write and express yourself well enough through words. Sometimes that’s even better than a professional writer because you obviously get the passion and the fan perspective. Also, it’s cool to have professional or known writers express their passion for music. There are still a couple of people I’ve asked who are outstanding and haven’t done one yet that I’m excited about, but no one’s yet said no.”

With big names like writer Ian Rankin taking part, it’s even giving Keith a chance to discover new music: “With Ian Rankin, I knew he was a fan of Tom Waits. I didn’t know Tom Waits that well, so I thought it would be fantastic to have an introduction to someone like him through Ian. It really feels like an alternative source of music journalism.”

Keith has his heart set on a few other big names, but still enjoys the stories irrelevant of where they come from. “In an ideal world, what I’d love to do is just come across people who are well-known but have a fandom for a particular artist. Guy Garvey (Elbow frontman) is a person I’m a big fan of, not just as a musician but also as a presenter on his 6 music radio show. I love reading what he writes as well. I’ve asked him to do a couple of specific artists that I know he’s a fan of. I’m hopeful he’ll do it. I’d also like to get Noel Gallagher to do Paul Weller. That kind of thing would be fantastic.”

With a growing fanbase, the website is going from strength to strength with new playlists, curators, and artwork uploaded on a weekly basis. It’s not just artists that people curate for either, there’s themes, decades, or nostalgia. Fancy a trip through Alternative Bond Themes or Lost Indie Classics? How about Dark and Stormy Soul or British Metal? They have you covered, all with accompanying notes to read through while you listen.

It’s a way to bring back that unique way of listening to music whilst learning why these playlists were created, as Keith goes on to explain: “The higher point of it is to get people to actually really enjoy and appreciate the craft of the music they’re listening to because, let’s face it, we kind of feel like we’re bombarded a bit. More and more people are writing about how music is commoditised. You load it up on your app and you feel like you’re in that tyranny of choice where you’ve got access to everything. It’s that element of being disposable that’s always worried me. That’s not really how it’s created. It’s not how it should be consumed. Once they’ve read something like the post on Suzanne Vega, I want them to listen to Iron Bound as that’s the track the post is centered around. Hopefully, it will spark up a new conversation or a new relationship between them and the music.”

So what’s the plan for the future of The Song Sommelier? Keith plans on expanding. “More guest curators, more guest artists, and a bit more promotion. The bigger plan is three or four great ideas for producing podcasts. We’ve done a fantastic setlist already as a pilot. Finally, when we get back to some semblance of normality we might start running live events, gigs in music venues, maybe even art exhibitions.”

To find out more about this fantastic coming together of music, art, and writing, head over to The Song Sommelier website where you can peruse their array of playlists and discover the stories behind them.