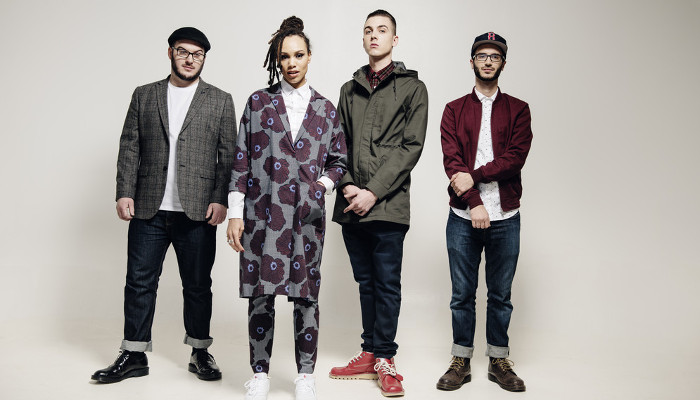 The Skints return with new record Swimming Lessons, as the band tailor their reggae-influenced mix of genres and styles into stylised perfection.

In this day and age, it can be hard to make any music influenced by reggae that stands out amongst the crowd. It’s such a strong genre with a large and devoted fanbase, and usually only picked up by the mainstream for a while before being unceremoniously dropped for a new flavour of the month. Nevertheless, it’s always there, and with artists like The Skints championing its cause, it’s becoming stronger than ever. Not only do they stick by the genre’s roots, but they also chop and change it, splice it with their own ideas and turn it into something that others have tried and failed to do. Their unique mix of reggae, rock, punk and pop has come to its perfect climax on new record Swimming Lessons, with heavy hitting guests such as Protege and Runkus helping out to make for an impressive and eclectic record that just doesn’t want to leave your consciousness.

The record starts with lead single Learning to Swim, focusing on personal tragedy amongst a pop-rock sound and gentle reggae beats that caress the listener into a swathe of warmth. This is all before vocalist Marcia Richard’s sweet and sultry vocals are replaced by punk-laden guitars reminding of 90s grunge-punk – think of it as early No Doubt on steroids. This then cuts out and we’re back to that sweet reggae stance from before. The abrupt changes in sound and structure shouldn’t work so well, but they do this perfectly, which helps set them apart from the rest of the reggae scene out there. 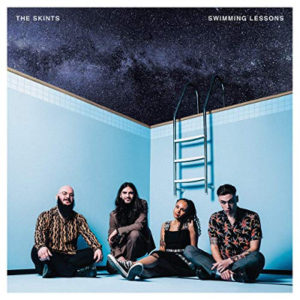 Restless features Grammy award-winning reggae star Protoje as himself and Marcia take on vocal duties once more amongst fun beats are a ska stance that The Specials would be proud of. The track focuses on hard-hitting political lyrics relevant to many in the UK at the moment, singing of broken promises from those governing over us: “As the crowds grow restless and express their distrust, I’m awake”.

New Kind Of Friend switches up the sound once more with an intro including 808 synths and retro computer game sounds that provide the background amongst one of the most melodic tracks on the record. It’s one of the more pop ballad reggae tracks on the record focusing on soulful reggae with gentle backing vocals as Jamie Kyriakides spills out his heart amongst lovers scorned lyrics: “What are you giving up on us for? I only wanted us to be more”.  What Did I Learn Today repeats the sweet lyrical content but this time backed up with intermittent heavy guitars that boost up the track’s message and must be a blast to perform live. These guys know how to chill and rock at the same time – a feat bands like early Sublime tailored to a tee in the nineties and is reborn once again here. The Island speeds up things even more with a heavy bassline and drums pushing on the track at supersonic speed. Ska beats and reverb-laden vocals once again focus on political issues comparing governing bodies to “vampires in London” as punk chords throw out a heavy sound, enveloping the reggae undercarriage.

Armageddon enlists freestyler Runkus to show off his impassioned skills amongst dub beats and interesting backing vocals that flow well amongst the floaty reggae sounds, whereas Love Is The Royal brings in Jesse Royal on vocal duties amongst a harmony-laden soul sound, really focussing on those DIY reggae roots. These guests thicken out the tracks and although they do provide substance, The Skints are also able to operate mercilessly on their own without any guests as a band fully in control of where they want to be.

The vinyl edition we reviewed came on a lovely deep blue disc including a tracklisting sheet with album artwork on the reverse. This is all too often missing on new releases these days, so a welcome accompaniment.  The cover artwork features the band sitting in an empty swimming pool beneath a cosmic skyline. The sound on vinyl, as with most reggae records, manages to bring out a warmth in the guitar and bass that is otherwise missing on other formats, with the vocals feeling more a part of the sound than above it.

Swimming Lessons is a pleasure to listen to with a combination of styles and genres making it much more than just another reggae album. The mix of personalities, guests, political messages and melodies is impressively formed into a coherent whole and undeniably a sound that is The Skints through and through. Swimming Lessons is the band’s best work to date and shows them taking it to the next level.