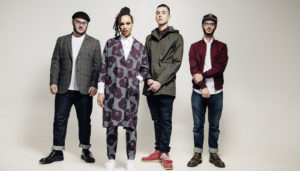 The Skints return with new record Swimming Lessons, as the band tailor their reggae-influenced mix of genres and styles into stylised perfection. In this day and age, it can be hard to make any music influenced by reggae that stands out amongst the crowd. It’s such a strong genre with a large and devoted fanbase, and usually only picked up by the mainstream for a while … END_OF_DOCUMENT_TOKEN_TO_BE_REPLACED