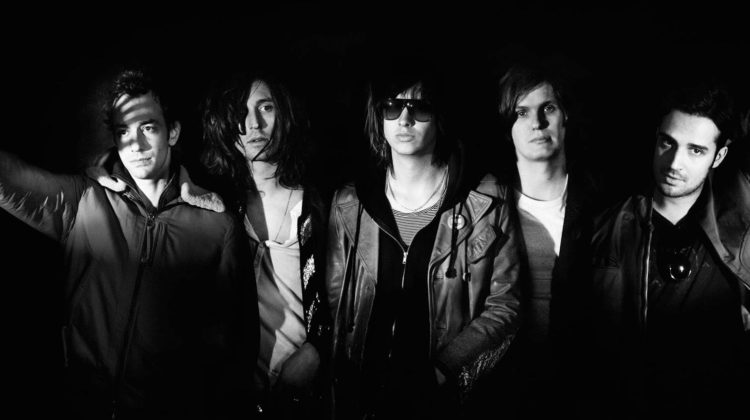 The Strokes are back, and who wouldn’t want them to be? It’s only for an EP mind, so all you fans hoping for a full lengther, this will have to do for now. But, to be honest, it’s a surprise they’ve released anything lately; not many expected much from the five-piece at present, with rumours of band tensions being constantly prevalent in recent years.

Entitled Future Present Past, the EP does exactly what it says on the tin: the first 3 tracks actually assimilate the sound of The Strokes at differing periods of time throughout their career. Well, not that we can predict the future, but opener Drag Queen would definitely fit into this category when compared to the other songs on the EP. More than a bit Joy Division, the English 80s style kicks in with Casablancas’ tailored distorted vocals sitting just beneath the beat, as he drones his way through lyrics as though struggling with an inner dialogue in a garbled and chaotic manner. Hypnotizing riffs and beats pull everything together in a superb fashion and make this for an impressive start. If this is the direction The Strokes are going in, then we should be in for a treat in the future.

It Drag Queen is a brilliant mess of sound and confusion, Oblivious is in more familiar Strokes territory, and perfectly acceptable with the ‘present’ tag. This track would sit nicely at home on albums Room on Fire or Comedown Machine; its settled rhythm impresses, with bass and drums allowed to wonder around before hitting you hard with a loud and proud chorus. Julian’s vocals are more structured here, which bring out the songs presence and allows the music to wash over you. 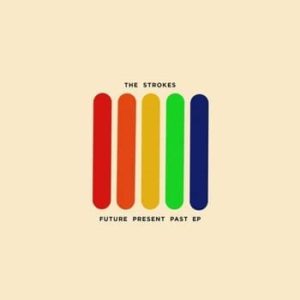 Without trying to sound too much like the ghosts from Charles Dickens’ A Christmas Carol, lets now move on to the track that’s most likely ‘the past’. Threat of Joy is something that some Strokes fans have been hoping for for a while; music that harks back to the days of classic record Is This It. The gentle caress of that early sound soothingly washes over you as Casablancas’ drip feeds lyrics in mock vocals, almost parodying the bands reluctance to return to earlier material as he sings ‘you don’t have time to play with me anymore’.

The EP concludes with a remix of Oblivious credited to Strokes drummer Fabrizo Moretti. It has definite influences of his side-projects, ultimately finishing off the record nicely, but to some there may be a little animosity that the fourth track wasn’t an original.

The vinyl edition is simple and elegant in design. I usually say you can get more from the artwork on the larger format, but being that the cover is basically 5 different coloured lines, there’s not much else to gain from it. The back of the sleeve has more going on with a new Strokes logo and bold type face on a blue background which is replicated on the record label – to be honest I think they should have used this design for the actual cover. Mine even came with a couple of stickers –  of which one was the old school Strokes logo. I do still feel Julian’s voice is brought out in a warmer tone on vinyl that can seem missing in other formats, so it’s definitely worth a purchase if you’re a Strokes fan.

Future Past Present is the perfect taster for what hopefully will be another Strokes album in the near future. It whets the appetite for what we’ve already had from the band, and contrasts nicely to what we could expect in times to come. Judging by the quality of what’s on display here, we’ve got a lot to look forward to.