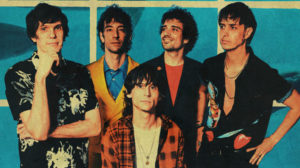 The Strokes return seven years after their last album with the latest release, The New Abnormal, but are they basking in former glory? Indie gods, The Strokes, have come a long way since their Last Nite hey-day. With a handful of albums, alongside members dabbling in other projects, no output has even closely matched the New York bands seminal 2001 album Is This It. Now, 19 … END_OF_DOCUMENT_TOKEN_TO_BE_REPLACED 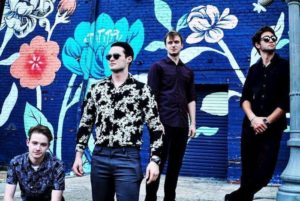 Nocturnal Animals aim for Indie-pop rock perfection with new record Writing On The Walls, bringing in influences from early noughties bands to tailor their sound. It’s not easy being an indie-rock band these days. In the 90s, anyone with a guitar and a few chords could make it big. The 2000s had a revitalisation with bands such as The Strokes and The White Stripes at the … END_OF_DOCUMENT_TOKEN_TO_BE_REPLACED

The Strokes are back, and who wouldn’t want them to be? It’s only for an EP mind, so all you fans hoping for a full lengther, this will have to do for now. But, to be honest, it’s a surprise they’ve released anything lately; not many expected much from the five-piece at present, with rumours of band tensions being constantly prevalent in recent years. Entitled Future Present … END_OF_DOCUMENT_TOKEN_TO_BE_REPLACED