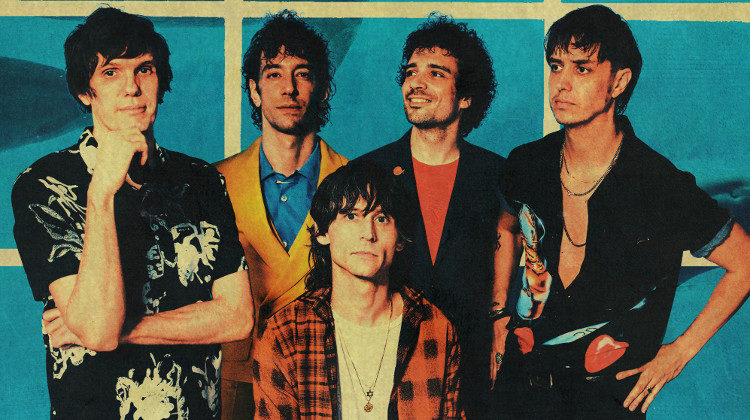 The Strokes return seven years after their last album with the latest release, The New Abnormal, but are they basking in former glory?

Indie gods, The Strokes, have come a long way since their Last Nite hey-day. With a handful of albums, alongside members dabbling in other projects, no output has even closely matched the New York bands seminal 2001 album Is This It. Now, 19 years later, they release The New Abnormal.

For the first couple of tracks, The New Abnormal sounds like a typical Strokes record, yet tracks three and four (Brooklyn Bridge to Chorus and Bad Decisions) are something unique. Always renowned for their ability to mould a vintage feel into modern-day, these songs are straight from the seventies. Brooklyn Bridge to Chorus could easily be an Abba tune, with its stabbed synthesisers and sustained guitar (the melody itself could be too if you replace the New York accent with a Scandinavian’s). Similarly, true to their garage rock roots, Bad Decisions has a riff that may have just been stolen from 1978’s Parallel Lines – swapping Debbie Harry’s voice with Billy Idol’s.

Unfortunately, this is the issue with the album. Two of the standout tracks, only standout because they sound like something universally loved. Amongst these (and the rest of the subpar archetypal Strokes), there’s only one more noteworthy song – Eternal Summer. A slow delay-driven piece, it is the feeling of a hazy summers evening fuelled by substances. Vocally it is also the most interesting piece, with a mix of strange falsetto and Julian Casablancas’ signature growl. It even manages to get the isolation household listening to dance along. You’d be forgiven for playing it on loop.

The trouble with entering the studio to write new music when you are a band as important as The Strokes is the inability to ever reach previous heights. There is little to fault in Rick Rubin’s production, though nowadays he can play it a little safe, which could be a reason The New Abnormal doesn’t spark excitement; however, The Strokes last four albums haven’t either. This was to be their comeback after Casablancas announced the band were now “unfrozen” from the 2010s, but the album can be thrown amongst the rest of their latter discography. We need to accept that The Strokes aren’t hungry 20-somethings anymore and enjoy that they’re still outputting music with their signature sound, just don’t expect it to take your breath away.