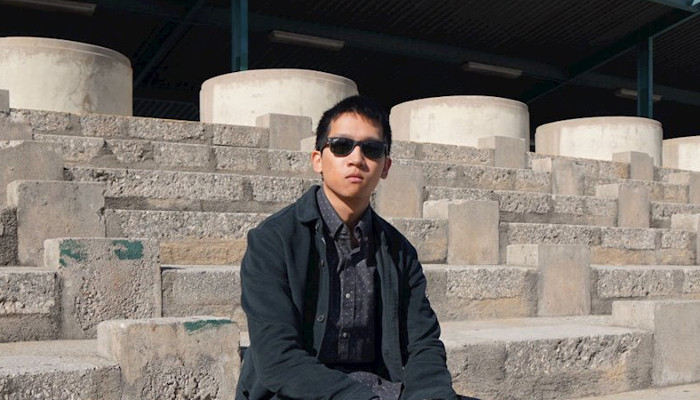 There’s something to be said for taking control of everything yourself. It allows you to be completely honest with what you want to achieve, have nobody telling you to do and make decisions that others would dismiss. One of these decisions Eddy Yang decided to take on new record American Glory was to include surround sound technology on the initial release; something hasn’t been done before. With all this in mind, American Glory focuses on the artist’s own coming-of-age story, enlisting the help of fuzzy guitars, electronic drums and interesting lyrics to bring everything together into a passionate debut album.

On Our Way (Into The Night) starts off the records with a structure not dissimilar to early Oasis hit Round Our Way, as we’re thrown into classic rock against hip-hop beats. Eddy’s smoother vocals even take on a distinct Noel Gallagher vibe as he rattles through cheery melodies and upbeat rhythms. 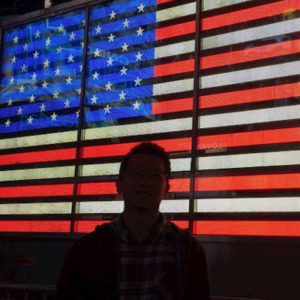 Burning Up The Streets has a more Velvet Underground feel in the vocals as Yang’s lyrics find pleasure in amongst the gruff and reverberated sound: “Get out my way ‘cause I’m a rebel with a cause tonight”. It’s a call to arms where we once again here glimmers of Dylan-esqe melodies that we’ve heard on previous releases from the artist. Into The Night then slows things down with a whaling solo synth against sparse bass and Eddy’s vocals taking centre stage. This allows for all his passion and urgency to be shown amongst its off-kilter sound. With a slight nod to British rockers Wolf Alice, the track’s sparsity does wonders to sound distinct, making for an album highlight

Hip-hop beats reign once again as Revolutionaries takes us back to the 90s amongst punk rock guitars, sordid vocals and a strong rhythm, whereas Hypnotize carries on this sound but with a slower, grunge feel. The leisurely pace on the slower tracks can sometimes make them feel a little scarce in areas, perhaps benefitting from a real drum kit. Yang, however, has unashamedly stuck by electric hip-hop as an overall sound and makes no apologies for it.

Lost in Your Surrender again harks back to that early Oasis sound in chord structure and vocals with album-titled closer American Glory focusing on floaty synths and the DIY sound Yang is famed for as he closes off a coming-of-age story of Asian-American identity.

American Glory is as much for the listeners as it is for Eddy Yang himself. The lyrics vent everything from frustration to heartfelt innocence to anger, as they push forward amongst an underlayer of rock ‘n’ roll guitars and hip-hop beats. The DIY sound is further facilitated by these beats, but perhaps a few of the tracks would have revelled in live drums; on the other hand, this may have disrupted from the record’s overall sound. Overall, Eddy Yang has done a good job here, with the music performed exactly how he wants it to be, displaying a piece of his soul as it does.