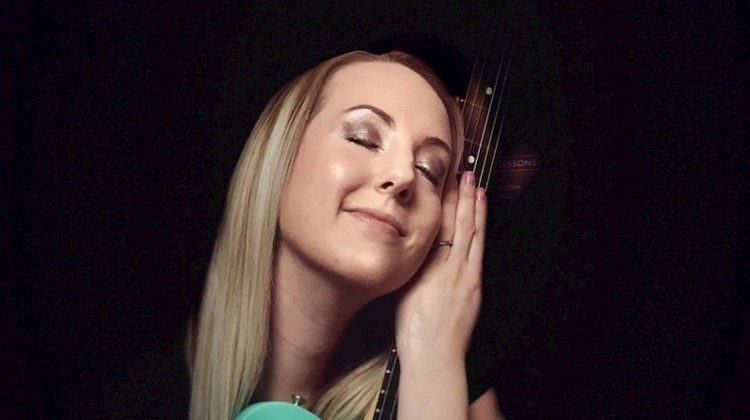 Indie-folk singer Resurrection Fern returns with new EP Fern, stripping back the sound to create breathing space for an emotional and settled atmosphere.

Sometimes records need to be stripped back to allow the artist to say exactly what is on their mind. Amongst too many layers, the ideals of a record can get lost with the many distractions, and a voice can feel like a second thought. Resurrection Fern appears to have gone down this avenue of thought with new EP Fern, stripping back her previously multi-layered sound which allows her to vent and portray a more emotional atmosphere.

Coffee opens with a gentle acoustic guitar plucking as Fern’s vocals slide in with haunting tones and tailored melodies. Reminding of Alanis Morrisette at times but with lighter and fairer tones, she takes us on a journey through her current mentality and troubles she’s experiencing: “What I think I need, escape the machine, find a way to make it seem like I don’t care.”

Previous single Savanna then creates a more emotive piece, but once again focussing on the minimalist and ethereal. This is the most stripped back we’ve heard the artist compared to earlier work, but it still works well and shows the talent she possesses. Hi Lo then continues with melancholy tones and downbeat drums in a kind of 90s Radiohead vein, before Siren shows Fern’s talent for taking a feeling and adding more layers and settled lyrics to it to make a track that grows as it continues. The guitar playing does feel like it could do a little more at times, but this doesn’t take away from the fact it has a solid base for the singer to work from.

As we get nearer the end of the EP, Fern seems to open up even more, content to continue to leave her heart on her sleeve. Wayside once again calls on personal experiences as she calls out for truth and honesty from those around her. The way the drums creep in mid-way through gives the track more body and really helps release the track’s emotion. The Way That You finishes the EP on a high with guest vocals from UB1K adding another vibe to the song, and featuring some beautiful harmonies between the two artists.

Fern features some wonderful songwriting that is heightened by some of her best vocals to date. The album, as previously stated, is far more stripped back than previous work, and although this does allow the tracks to breathe, at times it can also feel like something is lost. Perhaps a few of the tracks would have worked a little better with a fuller arrangement, but this doesn’t take away from the fact that this is an emotional and well-constructed record.