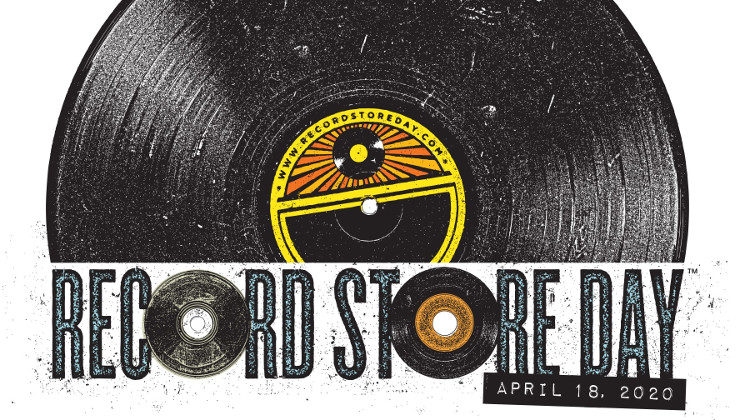 Record Store Day 2020 is set to be as big as ever with the event organisers finally releasing the full list of records we can get our lucky hands on. This year, Record Store Day is being held on April 18th with over 200 independent record shops across the UK coming together to celebrate the love of vinyl with a plethora of special releases. As usual, this will see record fans queuing outside the stores from the early hours in the hope of getting to take home the records of their choice before they run out.

The official list of releases is now available on the Record Store Day website, this year featuring a unique mix of classics, curiosities, singles, LPs, Live albums and much more. We’ve picked some of our favourite releases below:

The Big Moon – Live to Vinyl

The Big Moon, the official Record Store Day ambassadors recorded 3 tracks straight to vinyl on 5th March 2020 that was immediately rushed to pressing plants to get ready for the big day. Recorded in front of a live audience, it’s a pretty impressive feat and bound to be a collector’s item.

For the 50th anniversary of their seminal debut album, Kraftwerk have re-released the record for RSD 2020. It comes on 180g vinyl with full replica artwork.

A 9-track acoustic session recorded in New York in 1996 featuring rehearsals for Bowies 50th birthday concert. Quite the addition to any Bowie fan’s collection.

Notorious B.I.G – It Was All A Dream

This is a MUST for any Biggie fans. This is a 9 LP boxset features Biggie’s four albums, digitally remastered and pressed on 180g clear vinyl. Also limited to 2000 copies worldwide. Wow.

Dr Who – The Massacre

Record Store Day continues its recent tradition with releasing a Dr Who story on vinyl from the BBC archives. This one was recorded back in 1966 and is spread over 2 LP’s on a striking ‘Parisian Blaze’ splattered design.

Recorded live at the Howard Theatre, Washington DC in 1953, this features all the cuts available as a standalone album for the first time.

More of a curiosity than anything, this theme tune from the popular kids series comes in 7” form and on ‘Bone Coloured’ vinyl. Strange? Yes. Do I Want it? Probably.

As usual, Vinyl Chapters will be out an about around the record shops in the Soho area of London for Record Store Day 2020. Keep an eye out for us and head on over to tell us what you bought and why to get featured on the website and social media!