Home » articles » Noah Cyrus: The End Of Everything – Review 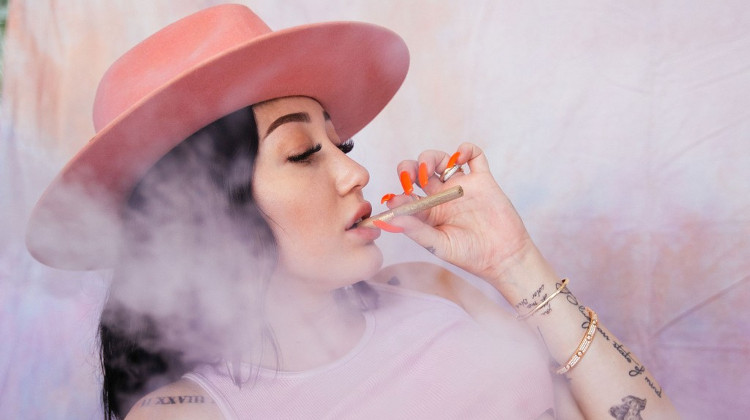 Noah Cyrus cries out for help in her new album The End Of Everything. Whilst showing listeners the dark journey through her tired mind using the calibration of eight honest tracks, Noah faces her undying pain song by song.

The mix between country-styled Billie Eilish inspired tracks is nothing short of genius and each theme in every song can be interpreted directly to anyone that is ready to sacrifice their heart for 24 minutes.

Ghost is simple yet effective, toying on the idea that your own being can become unrecognisable. The basic piano chords throughout the song highlight the strong vocals and intense lyrics (which is also a common theme in Liar). The echo in her voice makes her seem a little distant, suggesting that her mind is a million miles away. Meanwhile, I Got So High That I Saw Jesus is a pretty and pure sounding song that uses gorgeous yet subtle harmonies to add colour to the story.

Lonely tugs at the heart strings and gives a greater insight into the turmoil of Noah’s brain. The choir that joins in the chorus is a stunning addition that emphasises the helplessness that Noah is feeling. A gorgeous song, impossible to skip over. Young & Sad for me, is a stand-out song. Acting as a reply to her dad’s voicemail heard in the intro, there are hints of suicidal thoughts as Noah compares herself to other family members whilst battling with conflicts of a vision for her own self-worth. Another beautiful yet heart-breaking masterpiece.

Wonder Years was written by John Lennon and interpreted samples from the song With A Little Help From My Friends. A very interesting approach to the songwriting. The quick-fire lyrics and Ant Clemons feature kept the track fresh and was a good addition to the album.

We end the record with The End Of Everything. This incredibly deep song fires out morbid lyrics such as “Everyone you love is going to die” whilst managing to maintain a calming nature to make the listener realise that everything they fear will eventually disappear. These two opposite feelings are difficult to portray without it being a cliché but once again Noah has managed to pull it off.

This record is truly stunning to listen to and although sometimes may be difficult to grasp, is an honest escape for those who struggle with their behaviours. Something Noah Cyrus should be proud of.