Home » articles » Revolver: An Argument For The Best Beatles Album 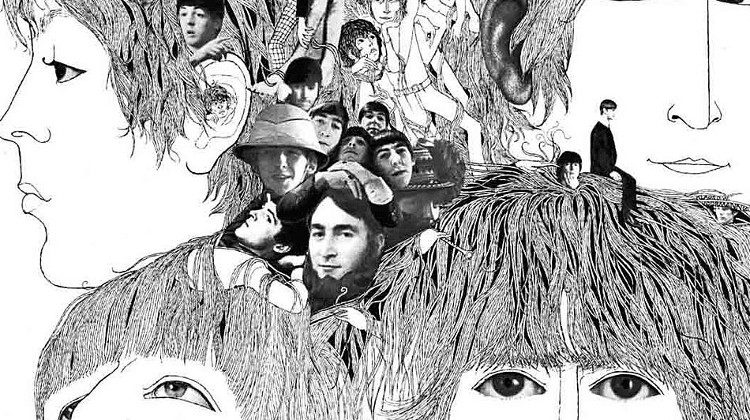 Reece Maggs takes us on an in-depth journey through his reasoning on placing The Beatles’ Revolver as his number one choice from their back catalogue.

If the man in the tall black hat should ask “What is the best Beatles album?” one would do well not to err or falter. Reasonable claims could be made for several records: The White Album (a kitschy, post-modern, cultural panopticon, full of hidden gems), Rubber Soul (a fantastically ramshackle rehearsal for what was to come) or Sgt. Pepper (wonderfully ambitious if a little disjointed). In my giddiest moments I could even claim that Magical Mystery Tour is the greatest (whimsy as genius, expertly crafted nonsense, George Martin as Lewis Carroll). However! Though the sickle may swing with more or less reluctance, give one of these answers and you will find yourself consigned to darkness infinite. There is only one answer that can appease the Grand Arbiter.

Revolver must speak for itself, for what is the abiding cultural image of The Beatles? Liverpool? Peace and love? Haircuts? Crowds of screaming girls? Yellow submarines? There is a universal idea of The Beatles which one inherits in the same way as language, or your mum and dad. The Beatles represent a specific cultural moment in the 1960s: the creation of Pop. The Beatles are, and exist in the public consciousness, as a monument to popularity itself: a totem of pure memory we cannot help but uphold. A testament to this is Yesterday, the Danny Boyle/Richard Curtis movie literally premised upon the self-evident absurdity of a world in which no-one remembers The Beatles. As ever, memory takes hold and turns what once seemed irrepressible to stone.

The Beatles which belong to the British imagination are a strange, pathetic fiction of Pure Past; Paul McCartney awoke one morning from strange dreams to find himself transformed into a normal man who sings Hey Jude at karaoke and tingles with sensual excitement when he thinks of England’s 1966 World Cup triumph. The more ‘iconic’ albums (Sgt. Pepper, Abbey Road), or the wide-ranging experimentation of the White Album won’t redeem the Fab Four, for me, they are not powerful enough to dredge the deep waters of time and salvage any living bodies. Revolver must do that…

An Intimate Look at Revolver

Revolver is the only Beatles album that does not belong to History. The songs are classic, but in a way not wholly assiminable to the Big Other: familiar, but resistant to, the reified stream of British and Western complicity. Just ask Paul Weller. The Beatles were instrumental in establishing the collective popular consciousness of Late Capitalism and on Revolver they came closest to untethering its potential from a wasteful trend towards powerless servility.

And, with this, we’re off: it’s the 1960s, London; fivers are floating in the streets. Taxman begins the album and heralds Revolver’s central contradiction: a divorce from revolutionary politics coupled with a revolutionary experience of selfhood, entirely alien to the banalities of working life. The Beatles always, but never more so than here, served as a conduit to another world, a glimpse into the aesthetic pleasures of self, made accessible through four recognisably scouse lads. In his swaggering, parodic portrayal of the taxman, George Harrison travels the waves of capitalist value creation and lives a life the common consumer can only dream of…

The next song, with its refrain of “all the lonely people”, focuses on exactly the forgotten members of society who can only dream. Eleanor Rigby reads like a 19th Century novel in miniature; it has the traditional English country setting and all the tragic content one expects from Thomas Hardy or George Eliot. From the image of Father McKenzie darning his socks and writing “a sermon no-one will hear” to Eleanor herself who “lives in a dream / Waits at the window / Wearing the face that she keeps in a jar by the door / Who is it for?” The Beatles make space for common and commonly forgotten, stories. Paul would write the song Paperback Writer during these same sessions, and it’s clear he could have done well in such an occupation. Another Paul tune, For No One, is a similarly tragic tale, transplanted into the setting of a modern romance: a crestfallen ballad of sheer emptiness. It’s here that he most successfully splices the novelistic preoccupations of English tragedians into irresistible pop hits. Never again will Pop be so accommodating.

If Paul represented the dreary day-to-day dreams of the downtrodden, John’s dreams represent a more hopeful inverse. In I’m Only Sleeping – John’s quintessential number – the audience and the world of the common people float far beneath John Lennon’s consciousness. Listening, we are invited into this dream-world of leisure and creativity. But there is no shame in this leisurely realm, for this is a romantic indolence, through which The Beatles embody a process that denies the veracity of the world the audience inhabit, instead portraying a plane of pure possibility. These are “luminous new landscapes [which] were worlds beyond work, where drudgery’s dreary repetitiveness gave way to drifting explorations of strange terrains. Listened to now, these tracks describe the very conditions necessary for their own production, which is to say, access to a certain mode of time.” (1) This is Pop as genesis, as a Utopian experience.

The dreaming mode which defines the album and positions it outside of the traditional listening experience is evident also on Love You To, the closest symbiosis of Harrison’s Raga excursions and a Western Tune In Drop Out ethos. This song displays the unique combinational ability of The Beatles at their best, creating a product which goes beyond the materials used in its construction.

Revolver also features what is arguably the ‘best’ Beatles love song: Here, There, Everywhere. But it’s hard to tell. I feel it is easier to make ‘indisputable’ claims to Revolver’s status as ‘best’ album (judging its cultural value and creative power) as the criteria for a ‘love song’ is murkier. Is love yearning or contented? Can desire ever be satisfied? The ‘best’ love song would perhaps navigate these problems, as Here, There and Everywhere does. Paul inhabits a traversable network of love and contentment, where love is a place, a state, an emotion, and a desire, all at once. Most of all, love becomes a belief, and is still experiencable as belief before it solidifies and melts into mundanity: it is a consciousness of love.

Another argument for Revolver’s superiority could be that all other Beatles albums are inscribed in it, at various points. The playful Beatles seen across the albums are nowhere better represented than in Yellow Submarine, a ubiquitous Beatles relic. This is another example of Revolver‘s Utopian mode: an attempt to produce nothing more than a children’s song depicting a “happy place”. Throughout this most liquid of albums, in fact, music and creation are play, as evidenced by the studio freedom (see the song’s Pet Sounds-esque sound effects) which is here utilised to affect an aquatic annexe of peace and ease.

It is only at this point we come to a crucial element of Revolver, its debt of gratitude to psychedelic drugs and experiences, which may reopen the perennial debate, one which must be whispered ~who is the best Beatle?~ In terms of influence, at least, this is very much John’s album. This is the Beatles druggiest, most psychedelic, most ‘forward-thinking’. John carried the pills, he was the first to step into the world of synthetic drugs. With every shimmering guitar note, with every vague and uplifting harmony, the musical form of Revolver embodies a psychedelic excursion.

On She Said, She Said (“I know what it’s like to be dead / I know what it’s like to be sad”) John lays hands upon the ego. He steps outside of the ego, throttles and destroys it. He goes to the ends of the ego and jumps off. John ventures further into this world of pure imagination on And Your Bird Can Sing, almost out of sight of the real world with its “seven wonders” and “prized possessions.” Of course, you also have the classic psychedelic reference point of Tomorrow Never Knows. What is important to note is not the synthetic experience that produced these songs, but “the sound – organic electricity, disintegrated transmissions, lost radio stations, Catholic/Buddhist mass from a parallel universe, what being stoned ought to be like – weightless, timeless, revelation.” (2) These songs are ‘forward’ thinking, but the future never came. For what was a brief historical moment in the 60s, the world was in the act of creation, which meant it was falling apart or being created (depending on who you asked). The Beatles, on Revolver, enact this escape from History, where events and experiences are not as immutable as they seem.

Of all the Beatles albums, and of all those little moments that you listen to a song for – may they be production quirks, a melody, a harmony, a chord, a specific sound, or even an interval, a silence, moments hidden within the surface of the song, practically infinite, that spring up one day out of nowhere to become replaced by others in their due time – Revolver is full of them. These are entry points to another world: today a descending vocal line in And Your Bird Can Sing, another, the ghostly, sparing clicks on Here, There and Everywhere. Revolver brought a Utopian world into the realm of Pop and within touching distance. We must offer thanks and blessings to The Beatles for this gift that remains ever-new.