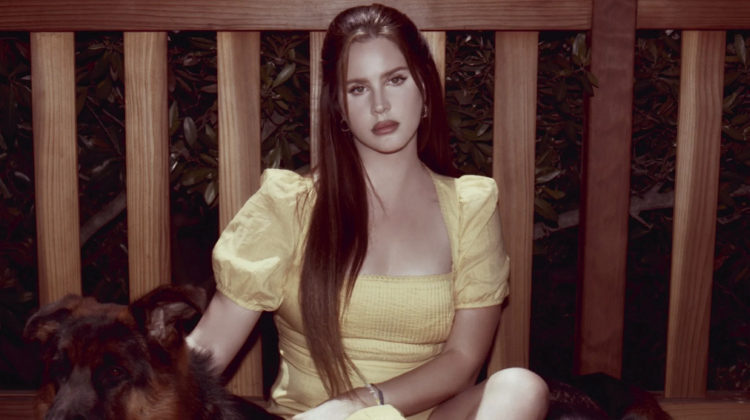 Seven months after the release of her seventh studio album, Lana Del Rey is back with her most intimate and powerful album yet.

Lana Del Rey has officially pulled the Taylor Swift card, and I wouldn’t be surprised if she’s not the last to do so. When Swift released Folklore back in the summer of 2020, fans (like myself) went crazy over the beautiful new album, only for her to release an even better one a few months down the road.

This March, Del Rey released Chemtrails Over the Country Club, an extremely poignant and emotionally layered album filled with introspective, beautiful songs that really hit you in the heart. Fast-forward to today, and the singer-songwriter has come out with yet another record, Blue Bannisters, which, miraculously, is even better than Chemtrails.

If you know even a little bit about Del Rey’s career and reputation online, you know that almost every single one of her albums have a certain aesthetic to them. They have a sad, summertime sort of feel to them that has really struck chords with people, and it’s not hard to see why.

But Blue Bannisters is the first record so far in Del Rey’s discography that truly dares to be something totally different in so many ways while also retaining the heart and soul of her previous works. Text Book opens up this album, a five-minute track that immediately lets you know the type of album you’re about to listen to, as any good album opener should.

It’s absolutely astounding instrumentally and lyrically, and it’s a reminder of how good of a vocalist Del Rey is. It’s not the first song on the album where she gets personal, either. “Maybe just the way we’re different could set me free / And there we were, screaming ‘Black Lives Matter’ in the crowd / By the Old Man River, and I saw you saw who I am”, she says on the track.

The title track is also quite terrific as well. Featuring just a simple piano melody almost all the way through, the song is one of the most understated and grounded songs on the album. By far my favorite song on the record is Arcadia, which sees Del Rey doing something completely different than what we’re used to at this point.

Similar to how Billie Eilish turned into a full blown rock star at the end of Happier Than Ever, Arcadia also shows Del Rey embracing her full vocal power in absolutely mesmerizing ways. It also helps that the instrumental is perhaps the best in her discography, as well.

And when I say that Blue Bannisters is truly different, I mean it. You’ll see for yourself with Interlude – The Trio which sounds like an electronic, upbeat dance song instead of the slow, melancholy tracks we are used to from the singer.

Gratefully though, the album doesn’t feel tonally messy or anything. You can tell exactly what she’s trying to get across and even though she definitely experiments a ton with this record, it’s surprisingly her most cohesive body of work to date. By the time the album comes to a close with the beautiful Sweet Carolina, you’ll feel as though you’ve just heard a sweeping story told in the form of music and I love that.

Is it a bit too long? Yes, it is. I love Lana Del Rey but after over an hour, it can get a bit tiresome. But nevertheless, this is a remarkable achievement for Del Rey, who proves yet again just how unpredictably brilliant she is.