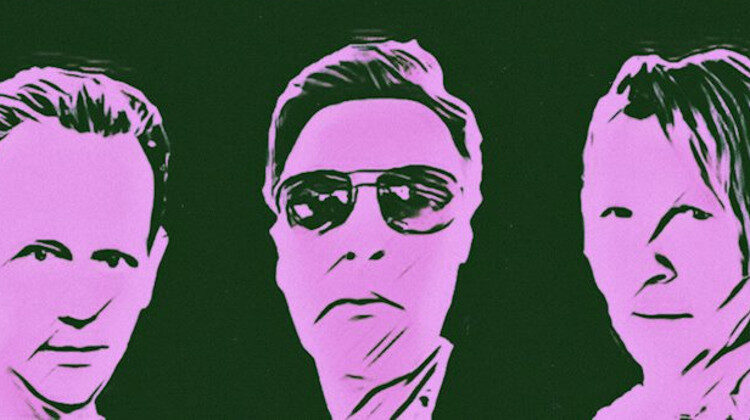 Following from their previous 80s-synth fuelled EP2, EP3 is a direct continuation in both name and style. The band have learned from their previous release, however, managing to tailor the sound down a little to allow the record to feel more like an ongoing theme, but still having that uniqueness to delve into other musical areas when necessary.

Starting with the thumping drums and tight guitar of Hollywood Dreams, the 80s influences are immediately recognisable and vibrant. Drawn out vocals set the pace with lyrics featuring seedy and dark undertones: “Draws you to the alley from the street of the unwell, she can’t be the devil if you don’t believe in hell”. The ongoing beat and atmosphere feels like a more up-to-date New Order track as it slowly builds with subtle layers that help bring the vocals out of their shell, before a nice cut-out section once again gently builds in an interesting way. The more vibrant and synth-heavy You Could Come Around follows against a more Duran Duran vibe as playful bass leads the way forward, perhaps still needing a little more energy in the chorus to really bring everything together.

As the EP continues, you can tell the artists are getting more confident about the style and atmosphere of the EP against an overall sound. The Silence manages to splice together an interesting array of ideas with a powerful and well-tailored vocal performance holding everything together in a meaningful way. We Are Stars relies on catchy rhythms and some great string work to build a sense of wonder, creating images of 80s folk dances in a mystical ballroom.

The EP ends with the dance-heavy and beautifully arranged JFK, once again drawing from indie-dance stalwarts such as Primal Scream, who were also an influence at times on their previous EP. The track saunters along against heavy distortion with a swagger that’s missing on previous tracks. The band is having fun here and it really shows.

EP3 from Head Fake is once again an eclectic mix of good ideas that mostly work. When everything comes together the sound can be mesmerising and structured, especially when they allow the vibrant energy and playfulness of the tracks to be unleashed. If this playfulness were to be spread a little more throughout the entire EP, it could help to maintain that bombastic sound that shows up in vivid sparks.