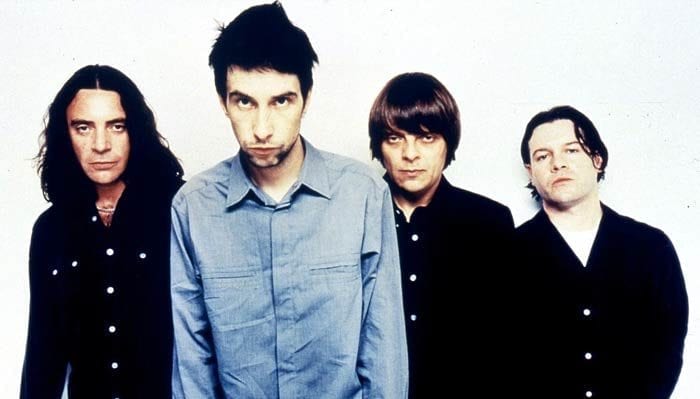 Michael Sumsion takes a look back at Primal Scream’s acclaimed record Screamadelica, and how it changed the way he viewed music and the record industry in general.

Back in the autumn of 1991, British indie guitar pop resided in its polite, ‘NME’/’Melody Maker’-driven niche away from the vagaries of the glossy pop mainstream. ‘BritPop’ was waiting to be coined four years down the line whilst hip-hop and the burgeoning electronic/dance music sub culture represented the vanguard of innovation and the shock of the new.
I’d spent the previous decade and my formative years immersed in the sounds, iconography, books, art and cinema of the ceaselessly fertile 1960’s, an era that wiped the floor with my impression of the 1980’s and its tinny, synthetic banality. At the end of that tawdry decade, The Stone Roses’ inspiring, shape-shifting debut had fired my imagination and ignited an interest in musical synthesis, the merging and juxtaposition of disparate styles – this is where post-modern pop was heading.

Enter Primal Scream’s third album, Screamadelica, issued by Alan McGee’s Creation label in October 1991, the same year as a slew of other landmark records, My Bloody Valentine’s ‘Loveless’, Teenage Fan Club’s Bandwagonesque, Nirvana’s Nevermind and Massive Attack’s Blue Lines. Preceded by a dazzling run of singles that commenced in 1990 with the indie stragglers’ breakthrough dance-rock smash, Loaded, the sprawling double set was an emboldened exercise in cosmic, elevated genre-splicing in which guitar rock reacquainted itself with the transcendental properties of rhythm and off-the-cuff experimentation.

Conceived and fashioned as a convergence between the hedonism of club culture and join-the-dots record collection rock/pop, Screamadelica led with the exultant, Stones- in-gospel-mode- infused swagger of Movin’ On Up, produced by Jimmy Miller, the man behind the Glimmer Twins’ finest albums in the late 1960’s and early 1970’s. An unrecognisable, sinister electronic interpretation of the 13th Floor Elevators’ Slip Inside This House followed, an ‘Amen’ breakbeat monster in which lead singer Bobby Gillespie’s reedy pipes were absent and replaced by those of guitarist Robert Young, the first sign of the band’s catholic, open-ended approach to authorship and collaboration: their attitude during this frenetic period of creativity was one of “whatever sound, instrument, voice or tempo fits the track”. 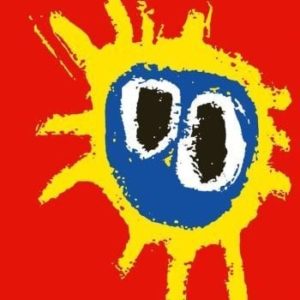 Don’t Fight It, Feel It was typical of the group’s generosity and curiosity, adopting a bruising, high-energy Italo-house style that utilised the soaring soul vocals of Denise Johnson to gloriously uplifting effect. The Orb-produced Higher Than The Sun was a magnificent, sensuous voyage that sounded unlike anything else in pop: Bobby crooned and gurgled over a sensurround, dub-inflected astral blues that encapsulated the abandonment of the Ecstasy experience, blending the spirits of Sun Ra, Brian Eno and Joe Gibbs with a riotous imagination that transcended the sum of its influences and inspirations. True to the record’s exploratory mood and sense of adventure, this reappeared later in the album as a lavish re-imagination featuring Jah Wobble’s rumbling bass.

Inner Flight was a dive into ambient sorcery, all descending keyboards and Brian Wilson-style chord sequences but decorated with the kind of space-muzak effects that Eno channelled on Music For Airports. The album’s centre-piece and mission statement, Come Together, dragged Screamadelica into a rarefied stratosphere; Andrew Weatherall rebuilt the Scream’s original, Terry Farley-produced song and plundered a stirring, goosebump-inducing speech by Jesse Jackson from the 1972 Wattstax concert (“Today on this program you will hear gospel and rhythm and blues and jazz, all of those are just labels, we know that music is music”) as a flanged chassis upon which to concoct a regal, gospel-house lope that seamlessly stitched together disparate musical elements with an ingenious delight in boundary-shattering.

Loaded, the Weatherall remix that invented Primal Scream’s third phase (after jangle-pop and indie-rock), continued the upward trajectory with its Peter Fonda sample and horn fanfare, followed by a soothing, come-down country-soul lament, Damaged, in which the lead singer delivered a Gram Parsons-flecked vocal of subtlety and delicacy that would be reprised on the ballads on the Dixie-Narco EP.

I’m Coming Down was another left turn into some kind of nocturnal jazz dub, the Pharoah Sanders-like saxophone wafting over Bobby’s strung-out reportage, whilst the gorgeous Shine Like Stars burbled on a sea of crystalline synths and the ticking of a There’s A Riot Going On/Inspiration Information drum machine.

Screamadelica was a landmark piece of music that opened up possibilities for musicians and listeners alike: I went searching for old Jamaican reggae and dub records from the 1970’s as well as the best dance music of Chicago and Detroit, celestial jazz on the Impulse label and ambient music, whilst exploring the fecund intersection between country, blue-eyed soul and James Carr. Crucially, in drawing upon an array of producers, Primal Scream questioned the mechanics and orthodoxies of what constituted a band, with Bobby G floating above and marshalling the music as a conductor rather than a conventional lead singer and auteur: Screamadelica eschewed the standards and rules of the studio and revelled in its playful, idiosyncratic musical palette.

This brilliant record touched a nerve with many in my friendship group at the time and in turn inspired generations of forward-thinking producers to bolt dance and rock together with other idioms in the pursuit of invigorating new hybrids. It’s an album that, for all its seismic, zeitgeist-defining cachet, hasn’t actually dated and which I still play regularly at home on my turntable. The famous fried smiley face artwork by Paul Cannell and gatefold sleeve photograph of the band reflects the vivid, wide-eyed intensity of the grooves contained therein.

Primal Scream would continue to produce music of fluctuating quality (XTMNTR was arguably as important as Screamadelica for fellow musicians if not the general populace) but this was their ‘Eureka’! moment, a situation where a host of factors coalesced to invent something special, timeless and unprecedented, altering the musical landscape forever.