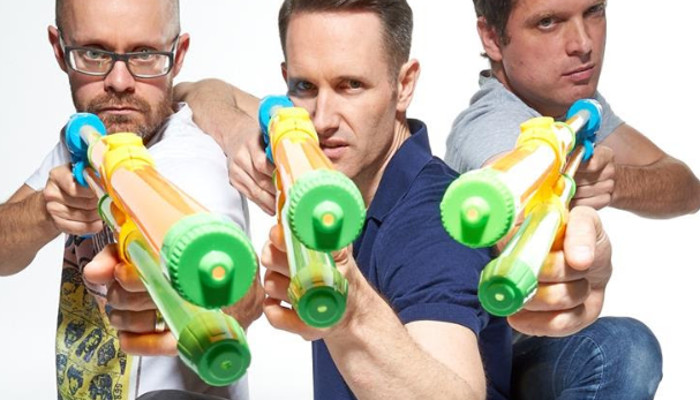 Indie-rock veterans Ash are gearing up for a special ‘Best of’ release celebrating their career spanning over 25 years. Entitled Teenage Wildlife (a call back to the documentary highlighting the rise of the band in their youth to releasing their classic debut record 1977), the album features all the well-known hits such as Girl From Mars and Burn Baby Burn, to fan favourites and rarities like Warmer Thank Fire and the Chris Martin featuring cover of Buzzcocks, Everybody’s Happy Nowadays.

The vinyl edition will include 22 tracks spread over 2 LPs with lenticular cover art on the cover. ‘What does lenticular mean?’ I hear you scream…well, in this case, its something akin to a moving picture – you know the ones, you stand in one place or look at it from one angle and it appears differently if you move your head or the cover itself. The LP, as well as all versions, will also feature brand new song Darkest Hour of the Night, as well as tracks from the bands 25 year career, some of which are available on vinyl for the first time. The CD version includes even more tracks spread over 3 CDs and featuring a few more rarities and recordings. 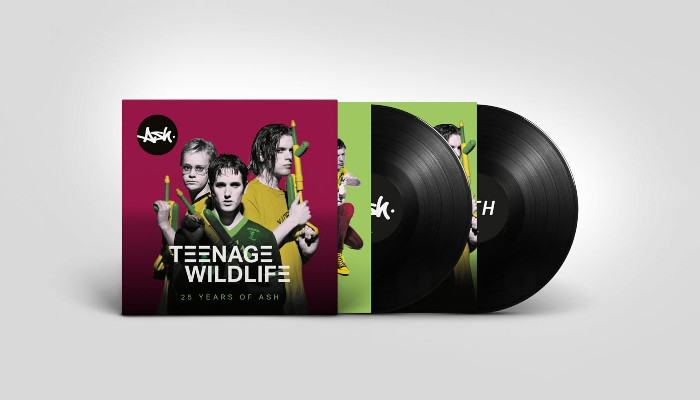 Ash came to prominence in 1994 with Tim Wheeler, Rick McMurray and Mark Hamilton forming the band as teenagers and releasing EP, Trailer. Received positively, the band started work on then released debut album 1977 in 1996 to critical acclaim, spouting classics of the indie era such as Oh Yeah and Angel Interceptor. The band were one of those rare indie outfits that continued to gain critical acclaim throughout the 2000s, notabley with album Free All Angels that spawned big hits Burn Baby Burn and Shining Light. Singer and guitarist Charlotte Hatherly also joined the band during the release of second album Nu-Clear Sounds and left after the release of the fourth record, Meltdown.

You can view the vinyl tracklisting below and pre-order Teenage Wildlife through the Offical Ash website. The album set for release on February 20th 2020.

Darkest Hour of the Night

You Can’t Have it All