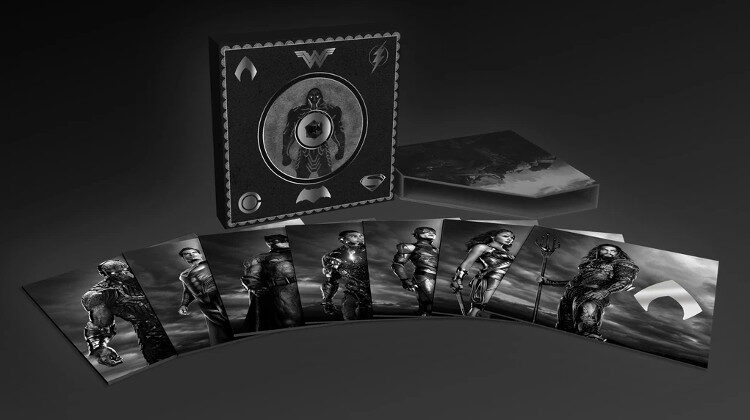 Hot on the tails of the revamped and re-edited Justice League movie under the helm of original director Zack Snyder, Mondo have announced a vinyl soundtrack release to accompany it. This carries on their DC Film soundtrack releases that have previously included the soundtracks to Aquaman and Shazam!

For those of you that don’t know, there’s been a lot of drama and craziness around the movie version of Justice League. Originally released in 2017, the movie features the coming together of DC character favourites such as Superman, Batman, Wonder Woman, and The Flash. The superheroes band together to fight uber-bad guy and planet plunderer, Darkseid in order to save humanity from a terrible fate (pretty much standard comic book affair…)

The movie started life off with Zack Snyder as director who later had to leave the production due to the death of his daughter. Director Joss Whedon stepped in to finish the project. The original 2017 version was unfortunately panned by critics and film-goers a-like, said to be confusing, out of tone, and just a bit of a mess, really.

Over the years, DC movie fans got wind of a potential ‘Snyder Cut’ which they started protesting for and lobbied through social media and beyond. Big movie execs finally gave in and a ‘Snyder Cut was announced in 2020 by HBO that would be released in April 2021. Fans got their first taste of Snyder’s complete vision as a 4-hour movie, exactly how he wanted it to be seen, and has been received much more kindly than the original.

A pretty epic backstory, eh? And with this epic backstory came an epic soundtrack that Mondo, in collaboration with Watertower Music, have announced to accompany the director’s vision.

Composed by Tom Holkenborg who was previously at the helm for the mesmerising Mad Max: Fury Road, the soundtrack builds upon his original time with the music for the original version to create a record-breaking length of nearly 4 hours long. The soundtrack also features snippets of Hans Zimmer’s theme for Superman from Man of Steel, and the fantastic, drum-laden theme for Wonder Woman.

Pressed across 7 discs and even including a laser-etched B-Side on the final disc, the release comes housed in a delightfully appealing black and white, silver foil stamped box set with images of our titular superheroes featured throughout the design. It’s a beautiful looking release and one that fans of the superhero genre and epic film scores will be very interested in.

The Zack Snyder’s Justice League Soundtrack is available to preorder fromthe Mondo Website now with the box set expected to ship in July 2021.