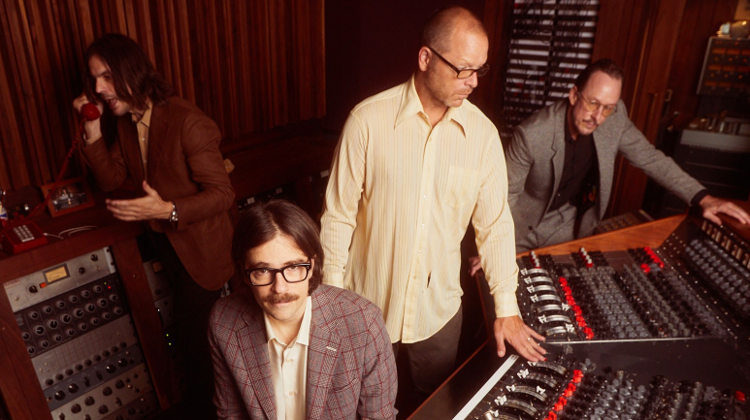 Weezer return with an ode to 80s metal in the fun and surprisingly diverse sounds of Van Weezer.

Weezer love to mix things up. When you’ve been going for so long and have 15 albums over their almost 30 years as a band, you’re going to want to change direction every now and again. Recently that’s all they’ve been doing. Their last album OK Human featured an orchestral twist, The Black Album had a darker, sonically-driven edge and The Teal Album was a cheesy 80s cover record (that worked surprisingly well). We now see the band in 80s metal mode as hard-driven riffs and big guitars lead the way forward, but it might not be the all-out metal record you were expecting.

Starting with previously released track Hero, we get that taste of the classic Weezer sound mixed with the playful, metal riffs the band promised. The fuzzy guitars hark back to their 90s sound as they pile forward in the catchy chorus amongst beefy flows and big drums. Rivers’ sings of the difficulties of the ebbs and flows of fame and how media can hype or destroy you in one swoop: “They build you up and then they’re gonna tear you down, they love you then they hate you if you wear a crown.”

Following track All The Good Ones builds on those 80s metal riffs against a playful energy that comes alive in the chorus, even though the speed of the track feels more settled and melodic. I Need Some of That uses the same trick but relying on more punk-pop mentalities and Weezer’s aptitude for a catchy pop-laden chrous.

Strangely, Van Weezer’s power comes from its anthemic energy rather than its 80s metal sesnsibilities. It might be touted as a metal album, but its more of a tribute to metal albums, only using them as a basis to go off in a typically Weezer-esque direction. The End of The Game builds loud and proud, blatantly stealing (in a friendly way) the riffs of Van Halen, but building it around more of a pop-rock mentality. It’s a trick that’s repeated in a variety of ways throughout the record, but they do it in a way that doesn’t feel repetitive or out of place.

It does have its moments of big metal, however. Blue Dream perhaps plays on it the most with a huge rock-laden opening as guitars swamp the sound and rattle the brain with Cuomo having a lot of fun, lyrically and musically. Sheila Can Do It and 1 More Hit also plays on those heavy riffs, the former even including a revving engine in the opening to add to that metal glamour and cheesy attitude.

The record ends in a delightful way, yet perhaps a little out of place with Precious Metal Girl, an acoustic number with both guile and sincerity that reminds us Weezer can truly write a song in any style and turn it into gold.

If you’re expecting Van Weezer to be an out-and-out metal album, that is not what it is. That’s not to say that it’s bad, it just uses 80s metal riffs as a jumping-off point to bend each track to their own will. Some hark back to grunge, others to pop, and others to indie, but in whichever direction they go, they manage to create a catchy and inviting tune. Some might feel it’s time Weezer stopped the gimmicks and released an album that is just them, but for now, Van Weezer is a rollicking good time from a band having fun.