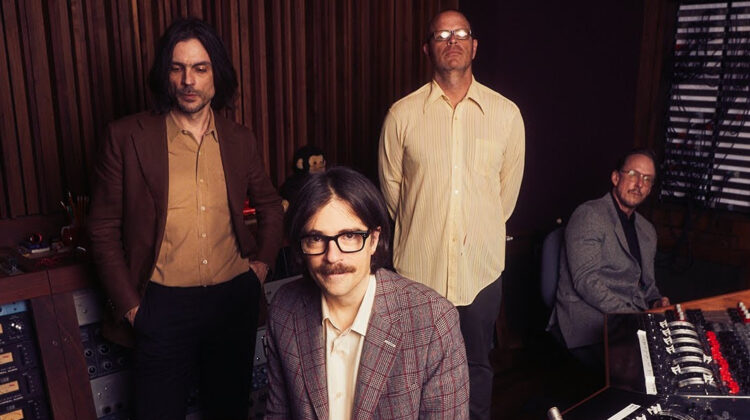 With an ode to Radiohead’s Ok Computer sitting right there in the title, OK Human by Weezer is yet another sharp turn in the band’s ever-expanding discography, this time adopting more of an orchestral approach to the music.

Frontman Rivers Cuomo has been teasing the release of the project since before the release of the black album in 2019, and I have to admit I was pretty intrigued by the way he describes the record, “A piano-based album with a full orchestra playing on every song“. Using only analog equipment to record is what they promised and is also what they deliver, which was a nice surprise.

Ok Human was intended for release before Van Weezer which is now dropping in May. But touring plans were affected due to COVID-19 so they recorded the album during lockdown and decided to put this one out first.

All My Favorite Songs landed a week before the album as the lead single and is a full-on dopamine rush, dispute it being rather sad, lyrically. It’s a subtle smash of a song that blends multiple worlds of Weezer all at once and sets a very high bar for the rest of the record.

To hardcore Weezer fans and the rollercoaster ride of quality that comes with each new record, you can relax. This quick 30 minute, 12 song album is a new leaf but not so new that you would ever forget that you are listening to Weezer.

OK Human is Weezer’s saddest record since Pinkerton. Rivers is honest about his complicated feelings towards technology, leaving him to grapple with this disconnected attitude despite everything anyone could technically want being right at the tap of the screen.

There are hopeful musings thrown in too but, more than that, this is an exploration of the ordinary day to day being of the human condition. Its a blessing and a curse but the most drastic shift you’ll notice beyond the Miltonic tones is the music written to accompany the vocal mix.

The whole gimmick of an orchestra playing behind Weezer of all bands suits them way better than it has any right to; it’s an extra layer for a veteran group that elevates the mood and sells it stronger than the four core-piece band ever could.

The other members absolutely has their involvement but some the biggest reasons this album works has more to do with the production and the additional hired hands since this is such an unconventional album. They never lose sight making this is a Weezer record though, so expect the many usual ‘Weezerisms’, just in more of a fancy setting.