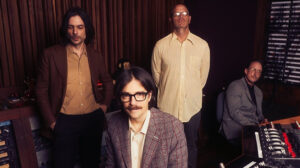 With an ode to Radiohead's Ok Computer sitting right there in the title, OK Human by Weezer is yet another sharp turn in the band's ever-expanding discography, this time adopting more of an orchestral approach to the music. Frontman Rivers Cuomo has been teasing the release of the project since before the release of the black album in 2019, and I have to admit I was pretty … END_OF_DOCUMENT_TOKEN_TO_BE_REPLACED