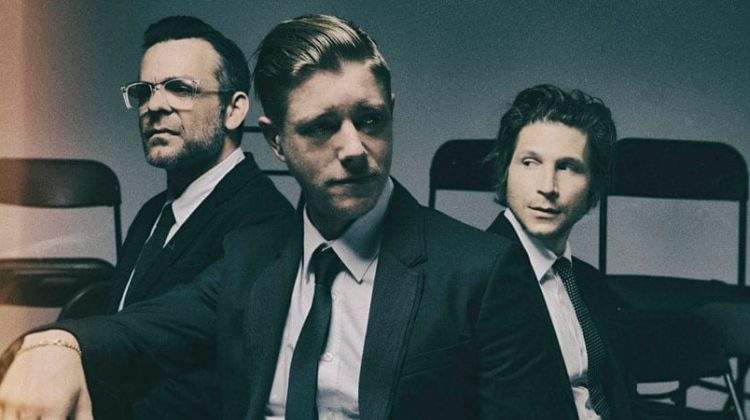 I was supposed to get up early for Record Store Day the other week, and get to London nice and early to grab some of the best limited edition releases. However, a series of unfortunate events prevented this from happening. First off, the power cord fell out of my phone during the night, and lead to my phone being dead and my early alarm not going off. Secondly, as well as hunting vinyl, I was off to get more photos and stories of people for the website, so I had my camera and stuff all set out the night before. Just before I rushed out the door to make my way to the capital, I had a thought: did I have my SD card in the camera? I checked. No I did not. Did I spend the next 20 minutes searching round my house for it? Unfortunately, yes. By this point I was already an hour behind schedule and cursing my luck, but keeping my temper, I closed my eyes and focused like a Jedi…I’m not saying the force is real, but this calmness did help me remember where I left it – plugged into the back of my computer. I then grabbed the SD card and my bag and hotfooted it to the station just in time to get the next train to London – my first piece of good luck.

I arrived and made my way straight to Soho where I was planning to spend my time scouting round the numerous record shops, and was immediately dismayed by the size of the queues. With the growing popularity of vinyl – which is great by the way – the inevitability of longer waiting times and less chance of getting the releases you want is a stern reality, especially with the morning I had. I wasn’t disheartened however; I was damned if I wasn’t going to find something I wanted. I was resigned to the fact that most of the popular releases would be gone by now, and after getting in the queue for Phonica Records, this thought was confirmed as the staff handed out a list of the Record Store Day releases with anything sold out crossed off the list.

And this, ladies and gentlemen, was a very long-winded way of telling you how I ended up with Interpol’s El Pintor Remixes record. This wasn’t on my radar at all, but I couldn’t be happier that I picked it up. After scanning the list of records still left, there wasn’t much that caught my eye apart from this Interpol release. Having bought the El Pintor album a couple of years a go, I hadn’t listened to it for a while, but seeing the same cover for this record in Phonica, but with the added blue ‘remixes’ lettering over the blood red feminine hands brought the music all back to me. I wanted to know how they meddled with such a great album and what the outcome was.

So I purchased it, got a few people’s photos and stories (keep checking social media and the website for these, coming up soon!), and then went back home to spin the new record. 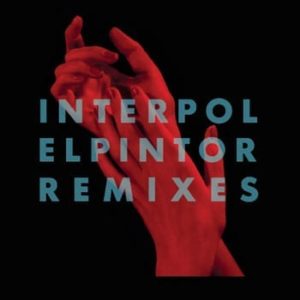 As I said earlier, the artwork is pretty much the same as El Pintor, accept for the added lettering. Why mess with a classic though? It’s bold, beautiful, and artist David Calderley has really captured the essence of the record with its contrasting colours and vivid imagery. Then there’s the clear vinyl inside. I’m not usually one for coloured (or uncoloured in this case) vinyl, but it really works well against the record sleeve; almost as if the usual black colour of the vinyl has seeped into the sleeve, leaving a see-through disc in its place. There’s also no loss of sound quality that I could distinguish, so a big thumbs up on the overall design.

Now down to the music. I don’t usually go for remix albums, but this had me intrigued. The album doesn’t rely heavily on the lyrical verve of Paul Banks, instead using the music itself to experiment with the sound, and create something new and dynamic. Opener All The Rage Back Home makes most use of the vocals, and guides you slowly into the record by staying on the same path as the original track, but switching guitars for clipped synths and a more playful chorus. It sits well against Banks’ doom and gloom, and the fast-paced rhythm leading straight back into the slow and melancholy works well.

Things really start to change from the original recording after this point. And if you look at the track listing, you’d be forgiven for thinking that including three remixes of track Desire on an eight track record was foolish: but that’s until you listen to them. Each version is more varied and different than the last, and really shows off the skill of each mix and the creative processes brought to the table whilst remixing the track. Beyond The Wizards Sleeve’s take on Desire is probably the best, focusing on the track’s riff and using it to power a synth intro that’s layered up, and building into a strong pulsating dance track. Factory Floor’s effort of the same song picks up on the more repetitive strain and pulls this thread all the way through to the end, whereas Man Without Country’s version feels more like New Order with a splash of Muse.

Having someone take the helm on each track on the record has created a plethora of ideas, and instead of making the album feel separated, its done in such a way that they actually bond with each other and the music feels whole. The record is then finished off nicely with the 11-minute epic Same Town, New Story remixed by The Field. Gentle but creative, subtle but interesting, the track has an underlying menace that keeps you interested throughout and then winds down and cuts out with no remorse.

Everyone involved with this record has done a great job in taking a strong album and turning it into a different beast altogether. For something I wasn’t going to buy, and probably wouldn’t have if I hadn’t got to Record Store Day late, I’m now left thanking my mobile phone cord for being rubbish and slipping out of my phone and my SD card hiding from me. If it wasn’t’ for these things happening, I wouldn’t have stumbled upon this excellent and well-rounded record.