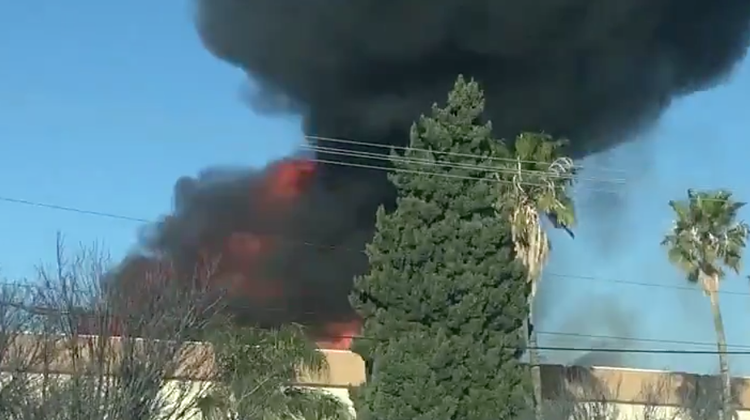 A fire at the Apollo Masters manufacturing plant and storage facility on Thursday 6th Feb 2020 destroyed what was one of two worldwide lacquer producing factories. This potentially leaves the future production of vinyl records in a bit of a tight spot.

The plant is located in Banning, California. No details of how the fire started have yet been released but it has been reported that no one was injured during the blaze. Although no one was hurt, the future of the company is up in the air, with a statement on the website saying “We are uncertain of our future at this point and evaluating options as we try to work through this difficult time”.

The reason this could be such a big blow to vinyl production is that Apollo Masters was one of only two manufacturing plants that produced lacquers, vital to vinyl production. The other manufacturing plant, MDC, is based in Japan and reportedly already had issues keeping up with demand before the Apollo fire happened. Whether or not it will be able to take on the additional need for lacquers is yet to be seen.

Lacquers are acetate-coated aluminium discs that contain all the grooves representing the final, mastered sound of recordings on vinyl records. From the lacquer discs, vinyl production companies can create metal stampers which are then used to stamp out the vinyl we all know and love.

This is a worry for vinyl-lovers over the globe, as only one factory producing lacquers could mean a variety of different outcomes. Copies of vinyl records could decrease due to fewer lacquers being created which, in turn, could raise the price for the consumer. Another worry is the quality of the lacquers going down due to the increased stress on the one production facility left. Other companies may try and start producing lacquers, but they could be of inferior quality and the vinyl end product, therefore, could suffer in sound quality.

Only time will tell what the outcome will be, and Vinyl Chapters will keep you up-to-date with any news going forward.