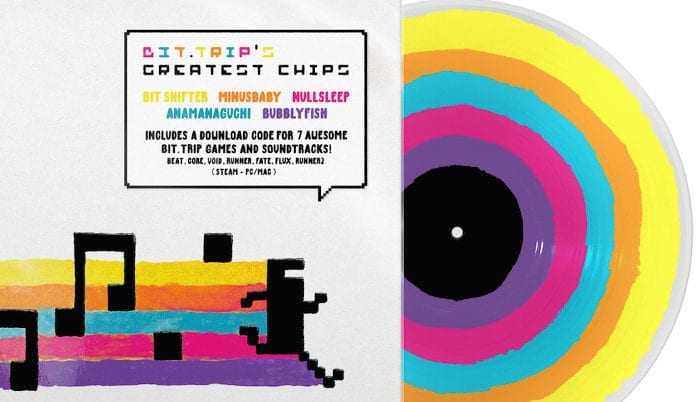 We take a look at the recent phenomenon of video game soundtracks on vinyl and why this fun and interesting mix is great for both industries.

Who would have thought that vinyl and video games would form an unlikely partnership? One is a technology that was invented as far back as 1877, the other only came into being in the early 1970s – almost 100 years apart.

If you step back and think about it, they actually do have a lot in common. They can both involve collecting discs, most enthusiasts will have more than one system to play their games or listen to music on, and they’re both used recreationally to pass the time and relax. On top of this, they’re both very addictive hobbies. If you go to a record or video game enthusiast’s house, you’re likely to see a shelf stacked full of albums or games in a meticulously planned order, and the console or record player front and centre in the living room.

If we take a look at the history, we can see that video games and vinyl enjoyed a coming together as far back as the 1980s. Music from popular video games of the time such as Pac-Man and the Dragon Quest series were added to record and turned out to be quite popular. With the decline in record sales during the 90s, this phenomenon decreased, but with the resurgence of vinyl in the 2010s, there has been a huge increase in video game vinyl being distributed. These often include limited runs or promotional material, making the records extremely collectible and sought after in certain circles. In today’s world, you can get anything from retro vinyl releases of games such as 90s platforming beat ’em up, Battletoads Battlemaniacs, right up to music from the present day with beautifully crafted records from games such as the ever popular Call of Duty first person shooter series.

It’s probably not just to do with the vinyl resurgence that video game soundtracks have become more popular – the music is far more complex and compelling for video games in today’s world. No longer are there retro beeps and 8-bit sounds (unless it’s a newly made retro game – another recent craze), as with the increased technology for graphics came the capability to improve the sound. Some of the bigger video game companies spend tens of thousands on soundtracks, either creating their own in-depth orchestral movements and hiring famous composers or splashing the cash to secure the latest hits in the charts. This has allowed the soundtracks to breathe more life into games and something that players may want to listen to outside of gaming. A certain song might remind them of part of a game that has an emotional connection or was something they struggled to get past. It may even remind them of a time they were playing with a certain person; it could be anything.

The popularity of this phenomenon may be bigger than you think. There are multiple websites that cater to this community, and it’s not just geared towards selling. Blipblop is a website that posts news, new releases, and resources for sourcing records. Twitter account Games on Wax has photos and pre-order news for upcoming releases, and there are a continually growing number of specialist record company labels out there that cater specifically for video game vinyl. One of these is online shop, Iam8bit. They supply a large array of video game memorabilia, but vinyl is one of their biggest sellers.

A recent high-profile release was for a game called Persona 5 – a Japanese role-player set in modern-day Tokyo. The soundtrack is influenced by Acid Jazz amongst other genres and Iam8bit decided to release a whopping 6LP special edition for $175. As you can see, it’s big business. The large price tags for certain releases are condoned by the larger number of discs, tailored packaging and design, sleeve notes and extra booklets, as well as limited running numbers, and anything else that comes with it.

Another recent special edition release was for the side-scrolling retro shoot ‘em up Cuphead. The graphics were heavily influenced by classic cartoons from the 1920s and 30s, and so the soundtrack had a mixture of jazz (what is it with jazz and games?) and ragtime numbers to accompany. The box set comes housed in a mock-up of a vintage 78 rpm record case, gold lettering, purposefully tea-stained record sleeves for that authentic feel, and houses 4 LPs. I mean, this really looks something special. It’s limited, it’s expensive, and it’s something that collectors want and are willing to pay for.

When you look into it, you realise video games and vinyl is not just a small community, but an ever-growing subculture. It encompasses the old and the new in a way that people would never have imagined and is almost like a scene within a scene. Seeing two technologies at opposite ends of the spectrum collaborate in this way is something special, and has really brought a genre of music into the limelight that otherwise would have only been listened to by gamers in their homes in front of their consoles.

For people with disposable income and an interest in music and gaming, you better clear some room on your shelves because this is your new favourite hobby.