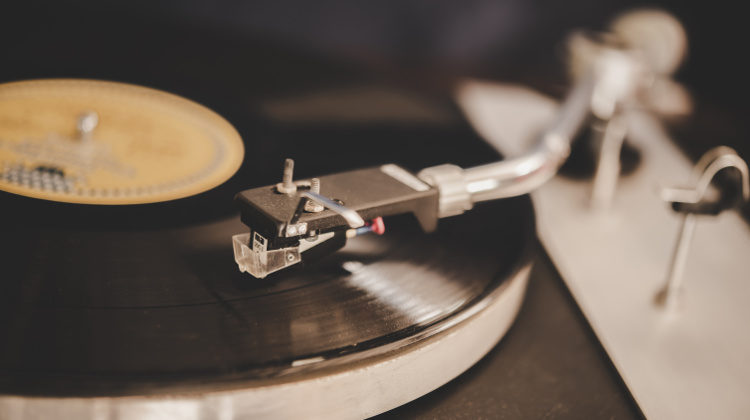 Turntable Cartridges are arguably one of the most important features of a record player. They include the point in which the needle makes direct contact with the record and relays that sound through your entire setup. This article aims to explain to you a little about what cartridges are, how they work, and the different types you can get out there on the market.

Let’s start with the basics. Turntable cartridges (or phono cartridges) are mounted on the end of your record players tonearm. This cartridge includes a needle (stylus) which, when lowered onto a vinyl record, reads the modulations on the groove of the record. This information is then transmitted via an electrical current which is then amplified through your record player set up and out through your speakers as sound. Pretty simple, eh?

To make this all work, turntable cartridges need a few components working seamlessly together. The below diagram gives you a good idea of what they look like.

This houses all the cartridge components and is usually made of plastic. It also includes the headshell mount, allowing you to connect your cartridge to the tonearm/headshell itself.

The headshell is located at the end of your tonearm and can either be moulded as part of the tonearm or removable. Removable headshells make it easier to set up your cartridge, but some people feel all in one tonearm headshells are better.

There are primarily three types of mount on a cartridge body which attach to your record players headshell:

This is the most common type of mount. The cartridge is fixed to the tonearm’s headshell via two screws that go down through the headshell and into the cartridge to hold it in place.

For a P-mount cartridge, the cartridge can be plugged directly into the headshell which is then secured by a single screw that goes directly through the end of the tonearm. Cartridges that use P-mounts tend to be skinnier and longer.

This can be used on both Standard and P-mount tonearms, using an adapter to interface between the two.

The stylus (or needle) is where the magic begins. As previously mentioned, the stylus reads the information from the grooves in a record and transmits this through your cartridge and system setup. Styli are made out of diamond – one of the hardest materials known. This means they won’t degrade too much with the pressure placed upon them when they read the information stored in a record’s grooves.

There are generally three types of stylus tips that the diamond is shaped to, to enable it to read a record:

The most common form of stylus tip and usually the cheapest. It’s the easiest to manufacture but also means it produces the least amount of contact with the record grooves. What this leads to is the stylus picking up less information and causing higher pressure on the parts of the groove they do touch, potentially meaning faster wear and tear to your record.

These tips have a smaller diameter and are usually polished, allowing for better tracking of the grooves. This means more information is picked up and less pressure is put on one specific place within those grooves. These are more expensive but still usually in an affordable price range.

These are the most expensive form of stylus tips, usually used on high-end setups, costing a pretty penny. These consist of a highly polished tip with a shape that allows it to place contact on most of the record’s groove. This means Fine-Line tips pick up the most information whilst causing the least amount of pressure.

These are vital parts of turntable cartridges that read the movement of the stylus on the groove and transfer this movement to the magnet and wire coils (discussed next). The stylus sits on the end of the cantilever, which is usually a long, thin rod. When the stylus is reading the grooves of the record, this, in turn, moves the cantilever which can be controlled internally by a suspension system.

These two components of your cartridge are vital to making everything work and transfer the physical movement created from the stylus on the grooves into an electrical current that is fed into your system. There are two types of cartridge that use these two components differently which will now be explained:

On a Moving Magnet Cartridge, the movements created from the stylus reading the record grooves travel down the cantilever. With its movements being controlled by the internal suspension system, a magnet is attached at the end of the cantilever, so when the stylus moves, the magnet then moves, also. The magnet’s movement and current then interacts with fine coils of wire placed close within the cartridge, inducing a voltage. This creates an electrical current that is then fed through your tonearm to the rest of your system using the connected wires. This current is then amplified, and in the end, creates the sound output that eventually comes from your speakers.

Moving Coil Cartridges work in a very similar way, but the role of the magnet and coil is effectively reversed. For these types of cartridges, instead of the magnet moving when the stylus reads the grooves, the wire coils move instead. This is seen as a more effective and efficient way of transferring the movement into an electrical signal with the wire coils being lighter than the magnet and therefore allowing for a more fluid movement. The electrical signal for MC cartridges is sent to the rest of your set up in the same way as an MM cartridge.  Moving Coil cartridges are usually more expensive than Moving Magnet Cartridges because they require a more delicate and precise manufacturing process.

That’s basically it! This is how your cartridge works.

Different turntable cartridges can create different sounds to your setup at varying levels of quality. They can range in price from the 100s to the 1000s. If you’re looking to change or upgrade your cartridge, do your research by looking on audio message boards and social media groups, speaking to vinyl loving friends and asking advice from your local record stores.

When installing a new cartridge, remember to always follow the manufacturer’s advice and make sure to adjust your tracking force accordingly. You can also check out our guide to tracking force to give you more of an understanding about this important feature and make sure you set it up properly for your turntable.

If you have any questions or comments, let us know below!