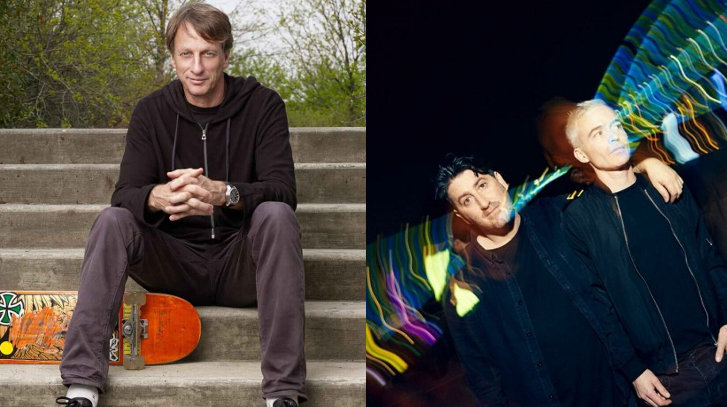 Vinyl has been known for some strange collaborations over the years, but skater Tony Hawk and electronic music group The Avalanches teaming up to sell an X-ray record of Hawk’s hand has to be up there as one of the strangest.

It’s all for a good cause, however, with the money from the x-ray records going to Tony Hawk’s charity, The SkatePark Project. The 7″ vinyl features an image of Tony Hawk’s dislocated fingers which he sustained from an injury back in June. Small Run, a custom and unique vinyl set up in Melbourne, Australia produced the limited run which is printed on X-ray film, of which only 12 copies were made and one owned by Hawk himself

Tony Hawk is offering up his copy in the charity giveaway, which will be a unique and rare collectible for any fans of The Avalanches or the legendary skater. If you want to be in with a chance of winning, all you need to do is make a donation of any size to The Skatepark Project.

The Skatepark Project is a nonprofit organisation established in 2002 that provided help, training, and high-quality skate parks in underserved communities throughout the US. They have awarded over $10 million dollars to 637 communities in the time they’ve been up and running.

The Avalanches recently released new track Wherever You Go with Jamie XX. The track also features up and coming artist CLYPSO and 90s stalwart Neneh Cherry. You can view the video to the track below.

If you’ve never heard of X-ray records before, it’s a really interesting topic that can be traced back to the Soviet Union and an underground movement to gain access to music from outside the country. Check out our feature on X-Ray records where you can find out more about these curiosities in our interview with Stephen Coates, co-founder of X-ray Audio Project