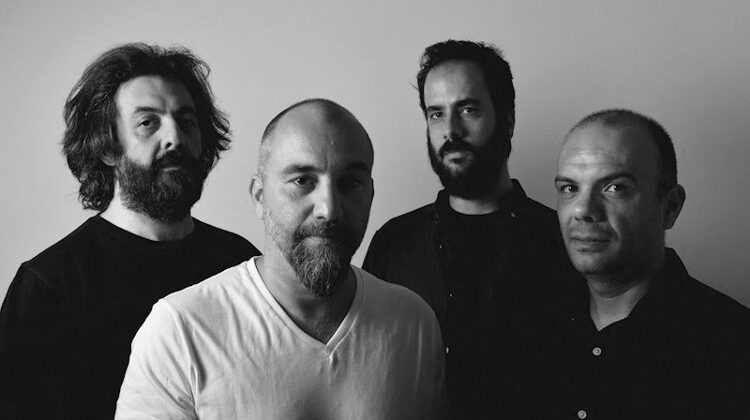 The Smallest Creature release the 90s alt-rock influenced Magic Beans, managing to also draw on their own ideas to make a rounded album.

It’s always nice to be reminded of the past through music. It gives a connection to what’s come before, but can be difficult to do in a unique way if newer bands want to draw on music from decades gone by. Luckily, new album Magic Beans from Smallest Creature manages to mix an alt-rock sound with past influences in a subtle way that allows them to add their own voice into the record.

Starting off with gently building sounds, Would You Blink relies on a playful bassline and settled drums before arriving at riff-heavy forward momentum and a dark, ominous atmosphere that’s menacing in nature. Marnerides’ vocals use an understated approach where they rarely go full-on raucous, but still manage to get the point across in an enigmatic way. October Song follows with a slower, stormier mentality that reminds of later Arctic Monkeys material in its steady pace and lyrical demeanor before guzzling guitar brings the track out of its shell.

Even though the record appears to be built on its alt-rock roots and gloomy atmosphere, there are times when the band takes a more glamorous indie-rock approach. Break Me is a gentle and probing track that reminds of bands from the 90s such as Embrace of Cast with its dizzying guitar rises and big chorus whereas Crawl brings with it a more funky atmosphere that crawls along before breaking out with some bluesy riffs and keen chord changes.

It’s clear that The Smallest Creature look to the 90s for their sound, but they do seem to manage, in most cases, to put their own stamp on proceedings, also. Find takes it’s time to build amongst playful electric guitars and an acoustic rhythm holding everything together, perhaps bringing in more of a 70s rock mentality that works well against the laid back vocals, with Cut Through Me seeing the band swinging back into their full-on Alt-rock sound with big guitars, a powerful atmosphere, and an addictive chorus. The record ends on The Mist, a track that could come straight from a 90s Radiohead album.

Magic Beans is an album not afraid to pay tribute to its influences but also has enough substance of its own to stand out. The hints of 90s music give the record a flavour to be built around with the band managing not to rely on it too much, and also bring in their own ideas and structures.